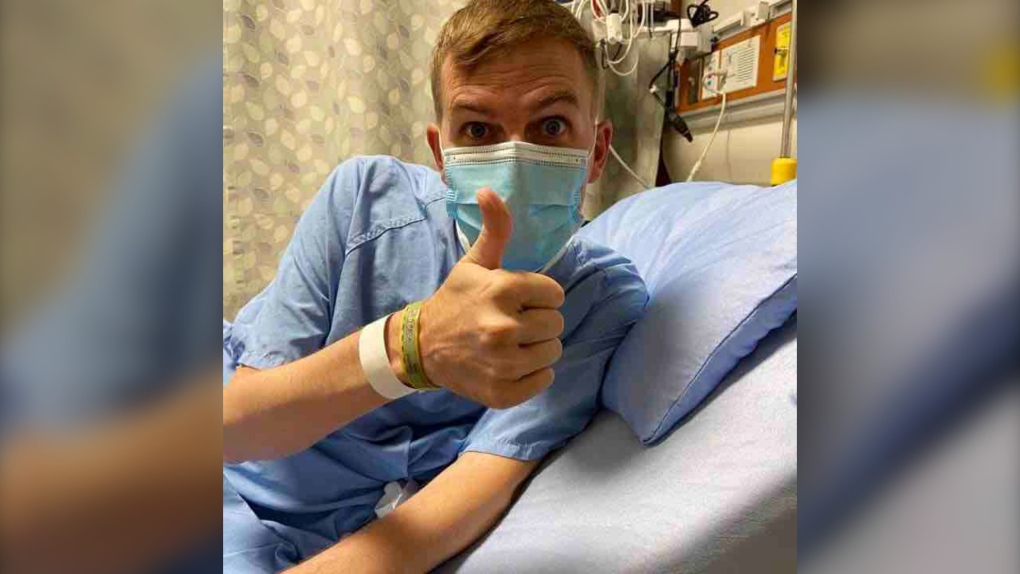 Doctors discovered Broc Higginson has two brain tumours after he suffered a seizure.

LETHBRIDGE -- It was sudden, and totally unexpected.

Broc Higginson failed to show up for work on June 24 and was found unconscious at his home, after suffering a seizure.

He was airlifted to Foothills Hospital in Calgary, where doctors discovered Higginson had two brain tumours.

“So many people love this family and it’s painful to watch such honourable people go through this,” said Carla Tait, a close family friend.

Higginson was principal at Ecole Agnes Davidson, an elementary school in Lethbridge.

For 10 days a team of doctors worked to stabilize his condition. He fought pneumonia, ongoing seizures, slurred speech and delayed motor control.

Because of COVID-19, Broc’s two children, 11-year-old Kale and eight-year-old Brin, weren’t allowed in the hospital room. Only his wife Steph was at his bedside.

On Thursday, doctors removed most of the tumours but Tait said the family is still facing an uncertain and life altering journey.

"The prognosis comes back sometime this week in terms of how aggressive it is, but the next stage we know of is radiation and chemotherapy," she said.

Searching for a way to help the family, Tait has started a GoFundMe page aimed at raising $10,000 to cover family expenses and the cost of alternative forms of care.

The goal was quickly surpassed, and by Monday, people had donated more than $27,000.

Tait said others are reaching out as well.

Joel Kotkas, co-owner at Lethbridge Fit Boot Camp and two Calgary fitness locations has offered a “drop one size” challenge, with all proceeds going to the Higginson family.

In a brief video message posted on the GoFundMe page, Broc spoke about the outpouring of support.

Tait says the Higginson’s would never ask for help but she’s not surprised by the outpouring of support and dollars, “because of who they are.”

“If anybody can get through this it’s Broc,” she said.

Broc has a long and difficult road ahead, and Tait says the funds raised will be used to make his recovery as comfortable as possible.