CALGARY -- The company that owns and operates a Real Canadian Superstore location in Calgary's East Village says it "will not tolerate" the activities of a group of anti-mask protesters who plan to demonstrate on the property.

Loblaw Companies Ltd. tells CTV News it was made aware of an anti-mask event scheduled to take place at the store Thursday evening and took steps to address the situation, including contacting police and bylaw services.

"(We) have been working closely with the store and our operations team. We will not tolerate this type of behaviour and strongly advise participants to cancel their plans," the company wrote in an email to CTV News.

The group, which posted online about the rally, says it seeks to "create a mask-free presence" among shoppers at the store.

"(We want to) encourage others to take off their masks without fear of confrontation," the rally's description reads.

By the time the appointed protest time rolled around, there were no sign of any protesters, but police and bylaw officers numbered in the dozens.

In the meantime, Loblaw says any of the potential behaviours exhibited by anti-mask protesters at any of its stores put customers and their employees at risk.

"The government of Alberta requires that masks be worn in all indoor public places, a policy with which we are both legally obligated and happy to comply with and expect our customers to do the same." 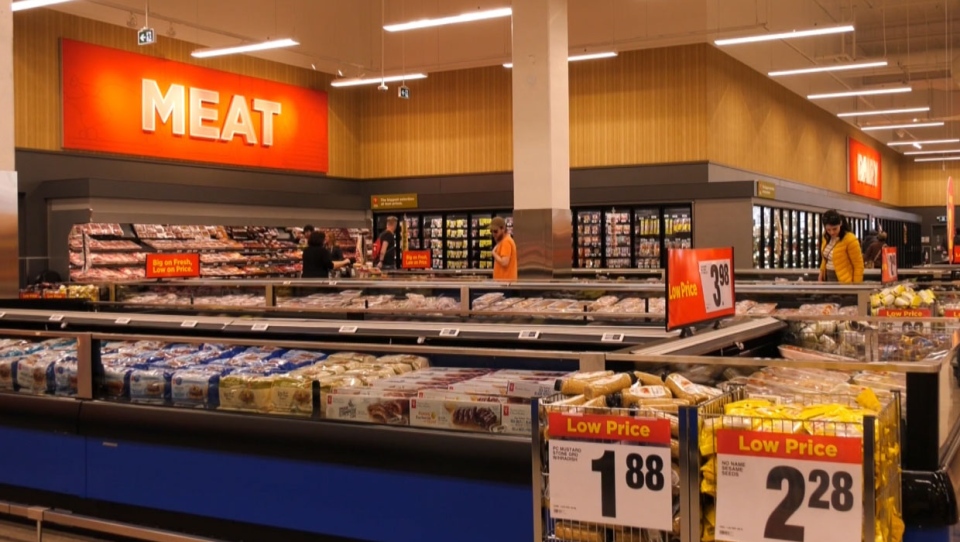 Mayor Naheed Nenshi, who says he knows many Calgarians who work at the Real Canadian Superstore, says the situation could be a good test of the strict enforcement policy promised by the Kenney government.

"We've heard from the provincial government and the minister of justice that enforcement is a major priority," he said Thursday.

"This is ridiculous. I have friends who work at Superstore who don't deserve to be terrorized."

Earlier this week, the Alberta government doubled the fine for violating COVID-19 health guidelines from $1,000 to $2,000.