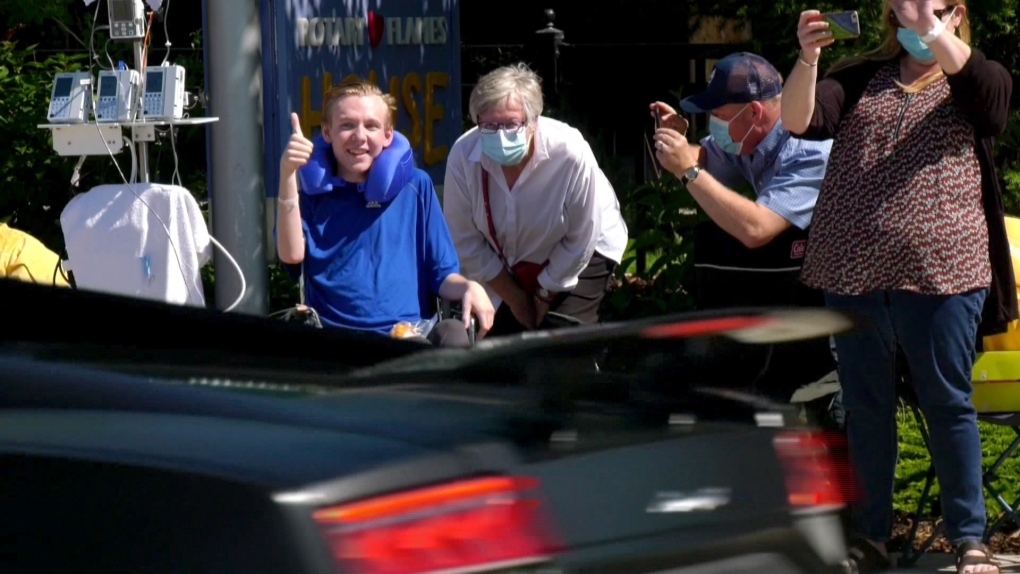 CALGARY -- Rotary Flames House looked like an exotic racetrack on Monday as a parade of super cars rumbled by to surprise a Calgary teenager.

"I just like them, the sounds and energy moving through them," he said.

"It just built up on me, everyone has their interests like hockey and mine is cars.

When Ian was 14, he noticed a mole on his body. After having it removed and testing, he was diagnosed with Stage 3 melanoma.

Since then his treatments have included two surgeries and more than 20 rounds of radiation with immunotherapy treatments scheduled every three weeks for the foreseeable future.

But Monday was all about the cars.

"That’s what makes this so special, the cars are amazing, but the family being here to experience this," said Ian.

"Especially over at the Children’s Hospital, kids got to see it and that warmed my heart a tonne.”

Ian also received a gaming computer equipped with a state-of-the-art driving simulator to get the feeling of being behind the wheel of an exotic car. Having his family together was a very special moment as well.

“It felt really good that everyone bonded together, my family was here, it made everyone happy and that is what makes me happy the most, absolutely,” said Ian.

Make-A-Wish will be hosting the annual Rope for Hope event on Sept. 17 and it is one of their biggest fundraisers of the year.

You can participate or make donations to keep wishes going for children suffering life-threatening illnesses.