Man arrested on drugs and weapons charges in Lethbridge 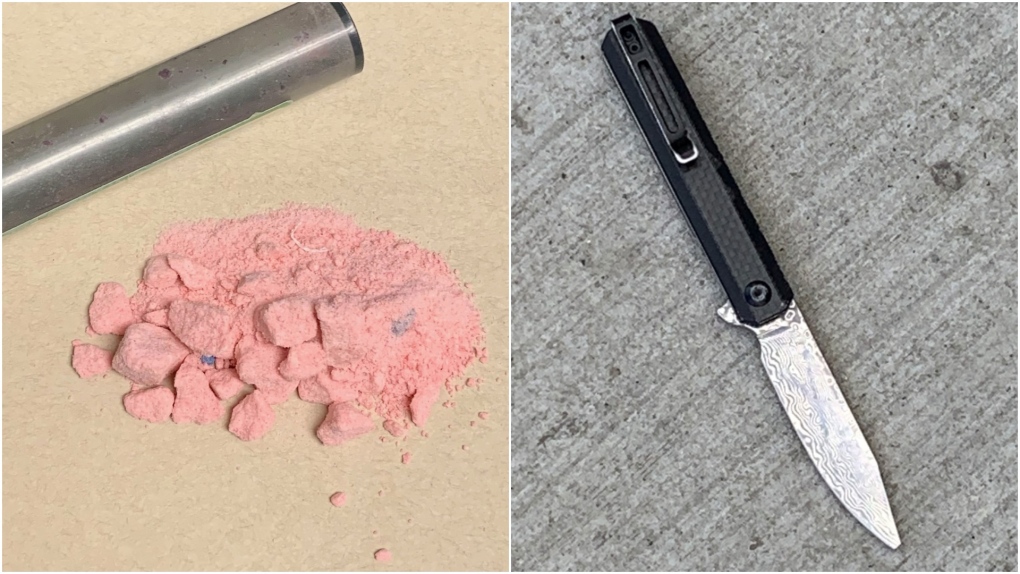 Lethbridge police seized a knife and a quantity of fentanyl during a drug bust on Tuesday. (Supplied)

CALGARY -- Lethbridge police say charges have been laid against a 39-year-old man in connection with a drug trafficking bust on Tuesday.

Members of the LPS made the arrest in the 500 block of Eighth Street S. at about 3:45 p.m. on May 4 when officers observed activity believed to be drug-related.

As the investigation continued, officers learned there were warrants out for the arrest of the man involved.

Police approached the man, who pulled out a knife and dropped it to the ground. He was arrested without incident.

A subsequent search found more than 10 grams of fentanyl, worth approximately $2,000, as well as drug paraphernalia.

Cory Bruce Hagen is charged with:

He was remanded into custody ahead of a court hearing on May 6.