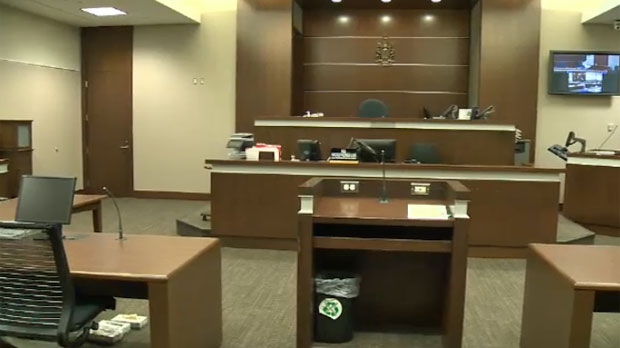 Simon Lugela, one of three men convicted for their role in a 2017 kidnapping, has files an appeal.

One of three men convicted for a 2017 kidnapping has filed an appeal asking for a new trial, saying the judge erred by accepting inadmissible evidence.

He was convicted in July — along with John Ochelo and Dhia Al-Hage Mohammed — for his role in the kidnapping and confinement of two men at an Erin Woods home.

Court was told three offenders allegedly pointed firearms at the victims and threatened to shoot them.

The offenders made contact with the victims’ friends and made arrangements for a ransom to be paid for the release of one of them.

An exchange was made in a parking lot in the 4500 block of 25th Street S.E. and one of the victims was released.

The offenders then contacted the victims’ friends again and negotiated the release of the second man.

A witness at the home where the pair was being held fled and called police, then met with officers and told them two men were being held by three other men at the house.

Police were working to substantiate the allegations when they noticed one offender and one victim leaving the residence.

The offender drove the victim to the same parking lot on 25th Street S.E. and the tactical team moved in and apprehended both men.

The two other offenders at the home in Erin Woods were taken into custody without incident and the ransom money was recovered by police.

Lugela is also the brother of Nelson Lugela, who was convicted for the fatal shooting of Calgary Stampeder Mylan Hicks and sentenced to 18 years in prison.