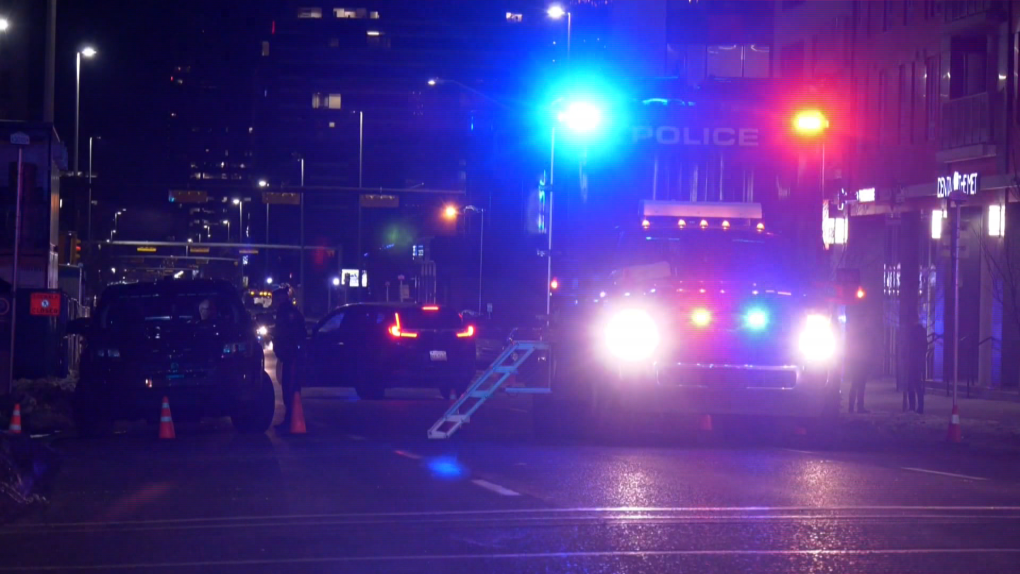 A man was transported to hospital in life-threatening condition after falling from a limousine in Calgary's Beltline on Feb. 16, 2020.

CALGARY -- A man is dead after falling from a limousine in Calgary's Beltline Sunday evening.

Police say the man had been a passenger inside the limo just moments before taking a ride on the outside of the vehicle around 7 p.m. along 11th Avenue S.W.

"(The passenger) exited the limo and shortly thereafter stepped back onto the running boards of the limousine holding onto the outside of the vehicle as the vehicle was in motion," said Clare Smart, Duty Inspector with Calgary Police Service.

The ride was short-lived as he fell from the moving vehicle near the intersection at 12th Street S.W.

On Tuesday morning, police confirmed the man had died Monday as a result of his injuries. The identity of the deceased has not been released.

Investigators do not believe the limousine driver was under the influence of alcohol or drugs and excess speed is not considered a factor. They're still determining whether charges may apply in this case.

Police have already viewed CCTV footage from some nearby businesses.

Anyone who witnessed the incident is asked to contact the Calgary Police Service at 403-266-1234 or anonymous tips may be submitted to Crime Stoppers.