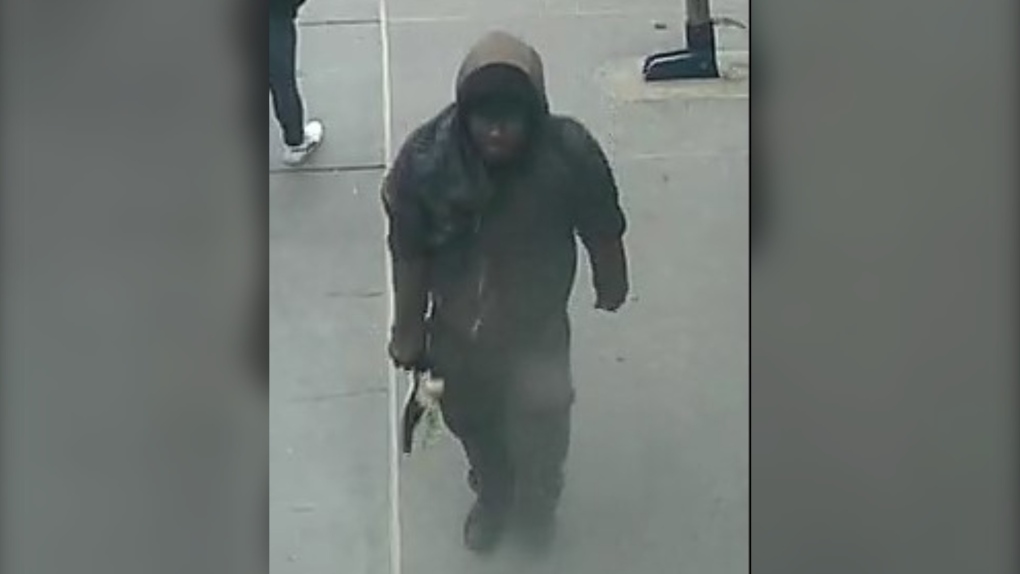 Calgary police released this photo of the assault suspect in November. Thanks to tips from the public, he has been arrested and charged. (Calgary Police Service)

CALGARY -- An appeal to the public for information led Calgary police to charge a 29-year-old man with the assault of a stranger last month on a downtown CTrain.

Police say a man was riding a westbound train at around 2:30 p.m. on Nov. 15 when he was suddenly struck in the face by another man and a struggle ensued.

The victim was hurt and fell to the ground in medical distress, police said. He was taken to hospital in life-threatening condition.

His attacker ran when the C-Train stopped at the Seventh Street platform downtown.

Thanks to tips from the public, Rodney Owusu-Ansah was arrested and charged with aggravated assault in the CTrain attack. He had four outstanding warrants when he was arrested.

Police say the victim and Owsus-Ansah were not known to each other.

Owusu-Ansah is scheduled to appear in court Tuesday.