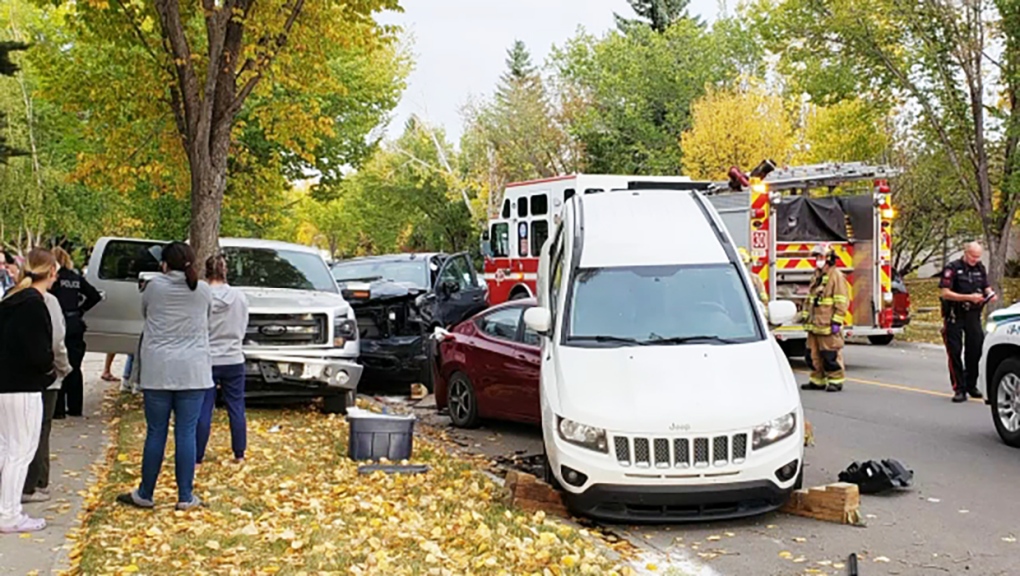 A man is in stable, non-life threatening condition after he drove his vehicle into a number of parked cars Friday in southeast Calgary. (Photo courtesy Glen Bell)

CALGARY -- McKenzie Drive S.E. is closed after a late afternoon incident in which a vehicle in motion plowed into a number of parked vehicles.

The incident took place around 5:20 p.m., around Mckenzie Drive and McKinley Way, when a vehicle hit a number of parked cars.

A man in his 30's was transported to Foothills hospital in stable, non-life threatening condition, according to EMS.