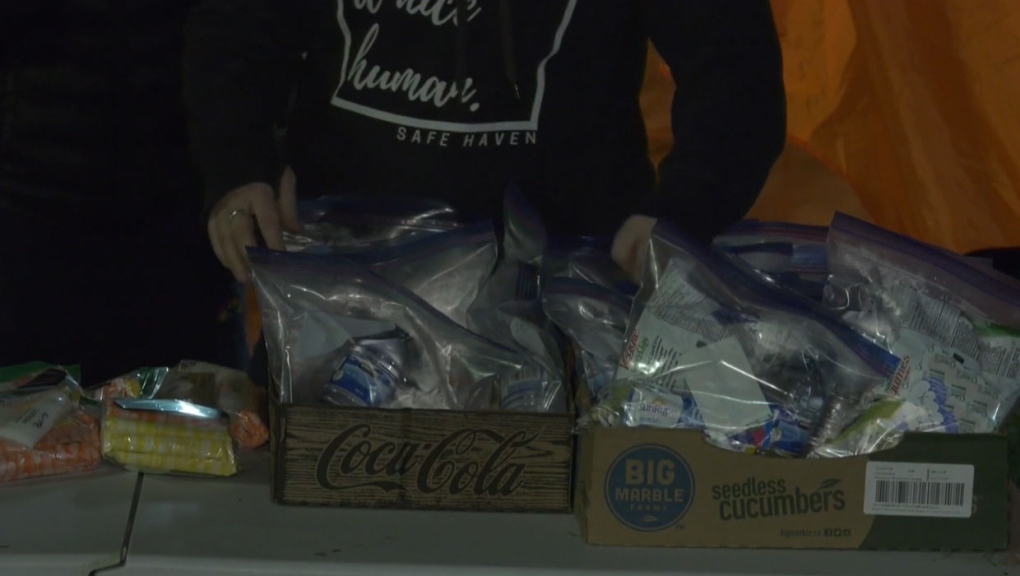 MEDICINE HAT, ALTA. -- A pair of Hatters travelled to Lethbridge last week to volunteer outside the unsanctioned overdose prevention site.

Kym Porter and Kari Ursulescu are members of the group Moms Stop the Harm, and have both lost a loved one to overdose. Porter lost her son Neil, and Ursulescu lost her partner Riley.

The women say they went to the site to help people, and to show compassion to those battling addiction.

“It's the right thing to do,” said Ursulescu. “Since ARCHES was closed and the mobile supervised consumption site opened, a lot of people have not had anywhere to go.

“We went where the problem is and we're trying to help.”

“The mobile site can accommodate less than 10 per cent of the capacity that ARCHES used to cover,” she said. “We've discovered that former ARCHES clients haven't found the new people to be as compassionate as ARCHES staff.

“Consequently, they're gong to Galt Gardens and using there, putting their lives at risk.”

Before it was closed, the ARCHES site was the busiest site in North America, serving more than 600 people every day.

The new site is being operated by the Lethbridge Overdose Prevention Society and has sparked protests at Galt Gardens. The organization has been fined twice so far for having a tent set up on city property, which goes against a city bylaw.

According to Lethbridge Herald reporting, police have not seen drug use at the unsanctioned site.

“The tent took about four of us to set up and inside are a couple tables and chairs,” said Porter. “Outside of the tent, we had a table set up with water, juice and food. They also have naloxone in case someone does overdose. People there are trained to use it.”

The site is not drug testing yet, which is the process of testing a drug on the spot to see if it is contaminated with other substances like fentanyl.

The site has been called illegal by many, including Associate Minister of Mental Health and Addictions Jason Luan. Porter says the courts have not ruled on overdose prevention sites.

“Courts haven't ruled on the legality of overdose prevention sites in Alberta, or Canada for that matter,” she said. “If a staff member, volunteer or client were to be charged, they would have a legal defence under the Canadian Charter of Rights and Freedoms. Everyone has the right to life.”

According to the Drug Policy Alliance, there are approximately 120 supervised consumption sites operating around the world, without a single overdose fatality at any of them.

Porter says closing the ARCHES site was a step in the wrong direction.

“The ultimate impact is that there will be deaths,” she said. “The site also supplies clean needles and is a gateway to resources. If you want to find out about housing or recovery, they have information there. They can help people with having wounds cleaned and they have information about HIV.”

Ursulescu added, “Some people using the site may not have a phone or internet access, so the site was their main way of getting information.”

The women say that drug use has been happening at the park, before the tent was set up.

“The tent was set up there because people were using drugs there,” said Porter. “People think, if you don't supply supports then it will go away. The opposite will happen and we're seeing that with ARCHES closed.

Porter referenced a study done by University of Calgary assistant professor Jennifer Jackson that showed supervised consumption saves the health system money. It said that each reversed overdose at a SCS equates to roughly $1,600 in cost savings, further calculating that Calgary's site alone had saved the Alberta health system $2.3 million.

“In times where the health-care system is challenged to cut costs, supervised consumption sites are definitely a place where a difference can be made,” the study reads.

The study can be found on the U of C website.

The women have heard about the protests, and have heard stories of overdose prevention volunteers being shouted at and spit on, but say they will go back and help out when they can.

“We're doing this out of love,” Porter said. “Dead people don't recover and we need to meet people where they are at.

“It's not up to me or you to judge people for where they are at in life, what we can do is reach out and offer a helping hand.”