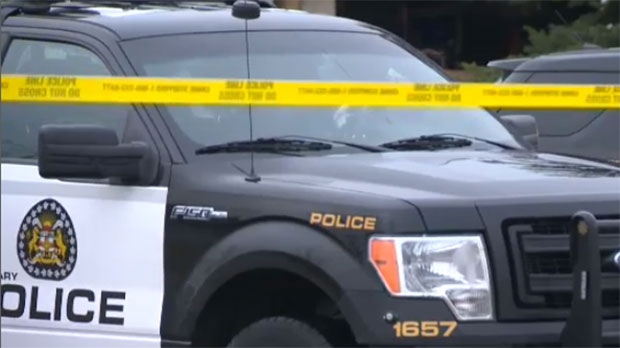 CALGARY -- Calgary police say charges have been laid against two men and a woman involved with a trucking company who are alleged to have committed a number of frauds involving some of the big rigs they owned.

Investigators say members investigating auto thefts last year in Calgary discovered a significant number of tractor-trailers that had not been recovered.

Officials say that was unusual because, on average, nearly 90 per cent of stolen vehicles are recovered.

Police soon learned a number of vehicles belonging to one company, Lakha Trucking Ltd., had been reported stolen.

Upon further investigation, detectives learned that all of the vehicles the company reported to them were never actually stolen.

Police say the owners of Lakha Trucking reported the vehicles stolen in order to receive an insurance payout. Once the money was received, police allege the accused then re-vinned the original vehicles in order to hide them.

Officials say those vehicles were then sold for profit.

During the course of the investigation, police say the suspects actually received multiple payouts for the same vehicle by repeating the whole process several times since 2009.

Police estimated the suspects used at least eight vehicles to acquire over $350,000.

To date, seven of the vehicles have been recovered from locations in Alberta, Saskatchewan, B.C. and N.W.T.

Lakhbir Singh Dhaliwal, 52, of Calgary is charged with:

Nasib Kaur Dhaliwal, 52, of Calgary, is charged with:

Baltej Singh Dhaliwal, 56, of Calgary is charged with:

"This is a concerning trend for many consumers who are facing high insurance premiums," says Staff Sgt. Graeme Smiley of CPS District Support Unit in a release. "While a majority of the cases we have investigated centre on high-value commercial vehicles, we know that these types of frauds are also happening with personal vehicles."

All three suspects are expected in court on April 9.