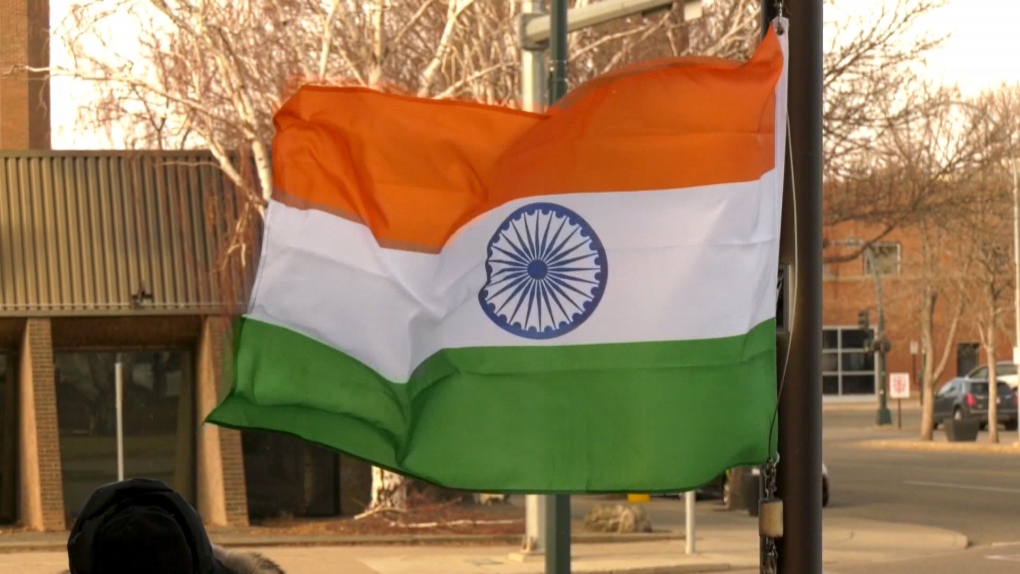 Members of the India Canada Cultural Association of Lethbridge raised their nation’s tri-colour flag at city hall on Tuesday in celebration of India’s Republic Day.

LETHBRIDGE -- Members of the India Canada Cultural Association of Lethbridge gathered in front of city hall on Tuesday to raise their nation’s tri-colour flag in celebration of India’s Republic Day.

“We have a large number of Indian people here, so we might as well let people know that yes, we are celebrating," he said.

The flag raising was a far cry from the events that unfolded overseas.

Acharya said rather than focusing on the current dispute in India, he would rather highlight the importance of India’s Republic Day.

“We want our children and grandchildren to know what this day is and how it is significant,” he said

According to the most recent census from Statistics Canada, more than 2,000 people of South Asian descent live in Lethbridge, making it the largest visible minority population in the city.

India Canada Cultural Association of Lethbridge member Priya Bansal said the community is proud to be able to have the Indian flag hoisted for everyone to see.

“Being here in Lethbridge and being in Canada where it is a multicultural country, it means a lot to be able to fly our tri-colour flag here in front of city hall,” she said.

“It shows that there is this culture existing here. We have people from every region in India here in Lethbridge. So it really means a lot to be able to show this.”

Under normal circumstances, the flag raising would have been followed by a meal and cultural programs.