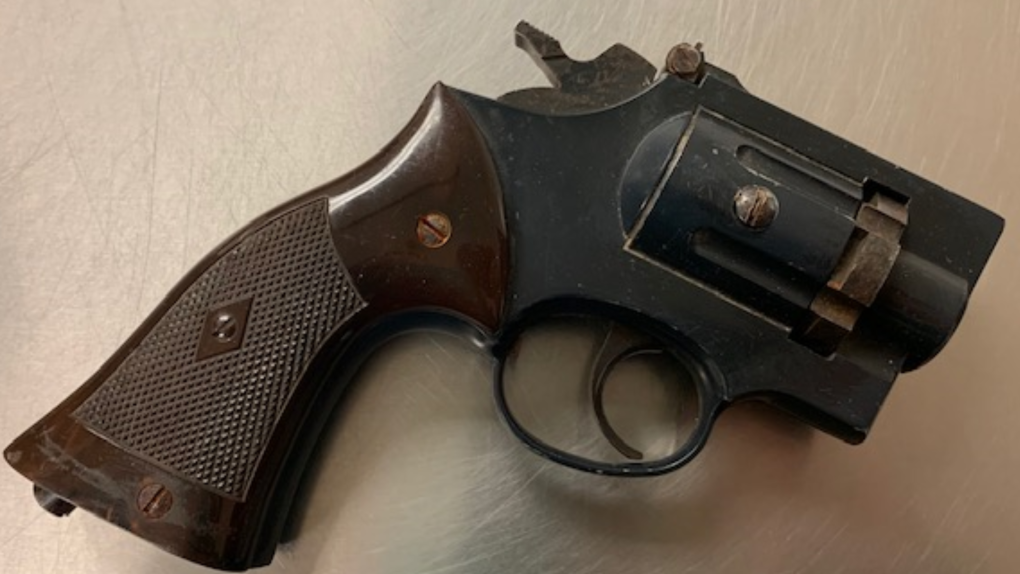 Weapon seized by police during the arrest of Alex Styra, a home break-in suspect, in Lethbridge on Jan. 31 (Lethbridge Police Service)

CALGARY -- A 20-year-old man faces nearly two dozens charges, including weapons-related offences, following an investigation into a pair of armed home break-ins on the weekend.

Police responded to a report of a break-in with a firearm at a home in the 1000-block of 18 Street south around 1 p.m. Sunday.

According to Lethbridge Police Service officials, the homeowner heard a window break and came face-to-face with the intruder who was brandishing a firearm.

The assailant allegedly fled the home, stole a bicycle from the yard and proceeded to another home a block away where he forced his way inside through the backdoor. A woman and two children were inside the second home.

Police say a confrontation occurred in the second home and the suspect fled after threatening the woman's dog with a handgun.

Officers confronted and arrested the man, who allegedly had a handgun visible in his waistband, at gunpoint in the middle of 17 Street and 10 Avenue South.

Earlier reports to police indicated the suspect had also threatened to kill dogs that were barking at him as he walked down an alleyway.

Alex Styra, of Lethbridge is facing 23 charges including:

Styra remains in police custody and is scheduled to appear in court Friday, Feb. 5.