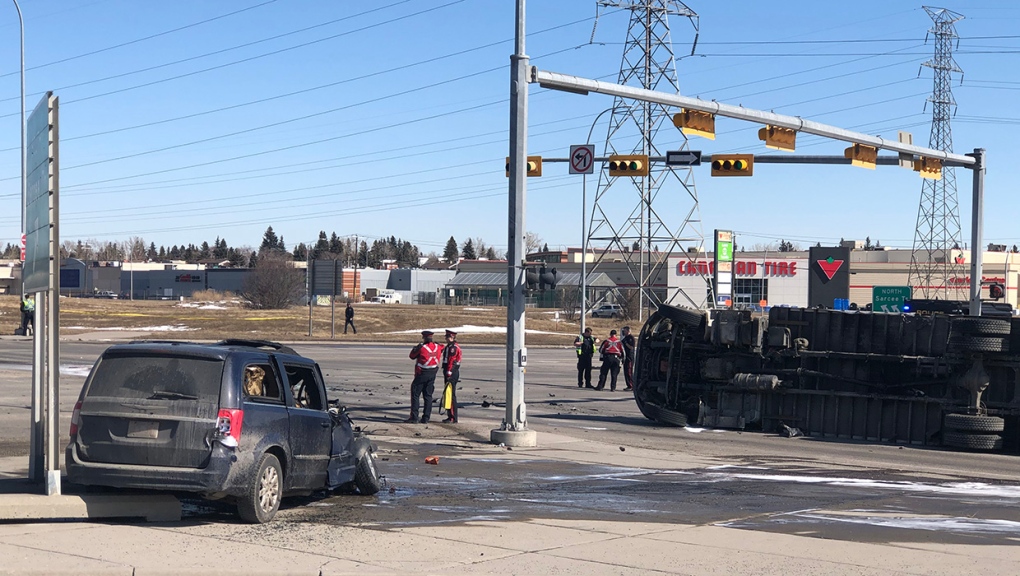 A damaged minivan and a toppled commercial truck at the intersection of Sarcee Tr. and Richmond Rd. S.W. Both drivers were injured in the crash.

CALGARY -- A late morning crash at a southwest intersection sent two drivers to hospital, one in life-threatening condition.

Emergency crews responded to the intersection of Richmond Road and Sarcee Trail S.W. shortly before noon after a minivan and a five-tonne truck collided.

The impact toppled the commercial truck and the minivan received significant damage to the front end on the passenger side.

EMS officials confirm the driver of the minivan, an adult male, suffered serious injuries and was transported by ambulance to hospital in life-threatening condition.

The driver of the commercial truck, an adult male, was taken to hospital in stable condition.

The cause of the crash remains under investigation. According to EMS, there were no passengers in either vehicle at the time of the collision.