Man in serious condition after crash on Deerfoot Trail 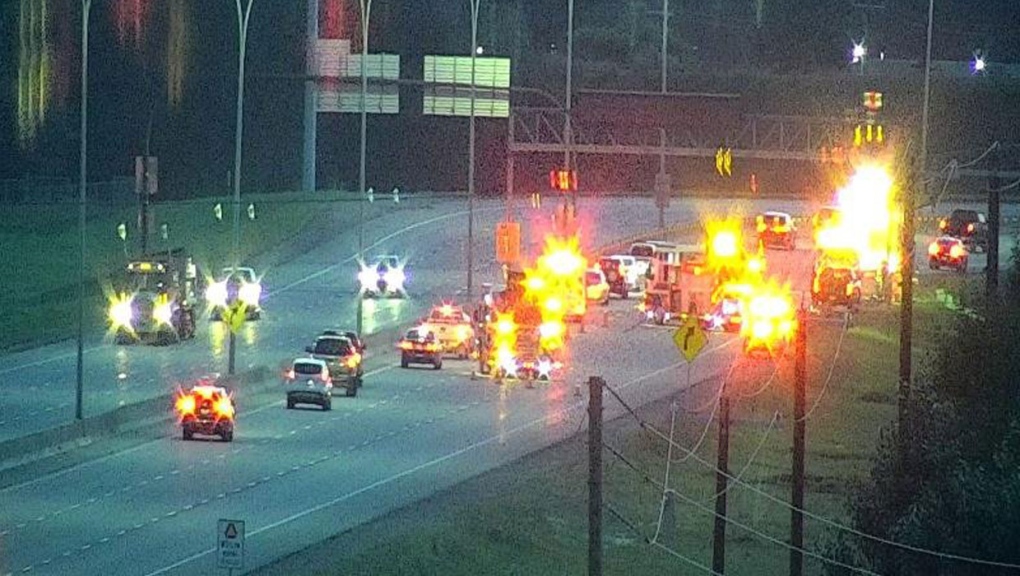 A man was sent to hospital early Saturday morning after a serious two-vehicle crash on Deerfoot Trail. (Twitter/YYC Transportation)

A man is in hospital in serious condition on Saturday morning after he was involved in a two-vehicle crash on Deerfoot Trail.

Calgary EMS says they were called to the scene, in the northbound lanes of the highway between the Calf Robe Bridge and Glenmore Trail at about 5:45 a.m.

The patient was taken to Foothills Hospital for treatment.

There is no word on any other injuries.

Two lanes were blocked off because of the crash but the scene was cleared at about 11:30 a.m.