It’s called Jasmine Road and is the brainchild of Canadian filmmaker Warren Sulatycky.

In Canadian productions you tend to see people taking on more than just one role within a production and for this one Sulatycky  wears the hats of writer, director and producer.

“We’re shooting it like a documentary, most of it handheld, very close up, very quiet," said Sulatycky in a Friday interview with CTV Calgary.  “There’s no big drama. It’s just the little steps of how people live day to day, both as a cowboy or a new refugee family”.

Sulatycky,who previously directed the 2018 drama April in Autumn, was inspired by watching Syrian refugees when they first started arriving in Canada.

The film  follows one family’s Canadian journey, but rather than ending up in a big city they arrive in a small rural town where a ranch owner takes them in.

It’s an immediate clash of cultures.

Actor Greg Ellwand is from Toronto and plays ‘Mac’ who takes the family in.

But the character’s opinion of Syrians is primarily based on what he hears about refugees south of the boarder.

“Mac’s learning is all from American news, personally, I personally get my information from more reputable sources,” said Ellwand.

BC actor Aixa Kay plays the Syrian mother in the production and says the movie is about hope.

“Sometimes working around the topic of refugees where there is so much sadness and so much despair and at least I think the one driving factor that has led humanity to so much change and energy moving forward and resilience is hope," said Kay. 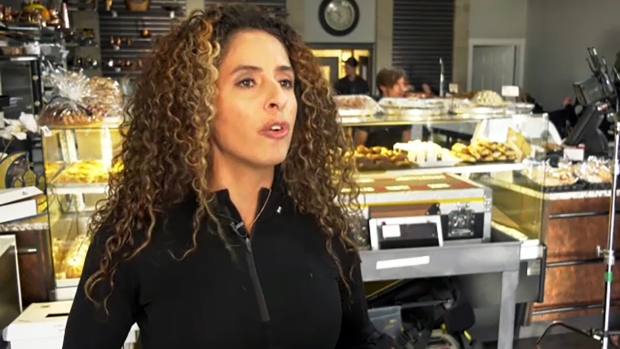 The production will spend about three weeks shooting in southern Alberta and then finish in Ontario.

Sulatycky hopes the film will be finished by January in time for the Berlin and Cannes film festivals.

It’s expected to be released in Canada in summer 2020.