CALGARY -- The Lethbridge Police Service and the Alberta Justice Specialized Prosecutions branch have concluded an investigation into ARCHES after locating $1.5 million in provincial funding which was initially unaccounted for.

The investigation uncovered records which showed that the funding was accounted for and not missing. ARCHES (AIDS Reduction Community Harm Education & Support Society) is a supervised consumption site in Lethbridge.

Lethbridge Police Chief Shahin Mehdizadeh said the Alberta Justice Specialized Prosecutions branch supported the findings of the investigation and determined it would not recommend criminal charges, “as there wasn’t a reasonable likelihood of conviction and prosecution would not be in the public interest.”

An independent audit of ARCHES conducted in July led the Alberta government to request that Lethbridge police launch an investigation into the missing money.

The unaccounted money, along with numerous misappropriation of funds, led the Alberta government to remove funding for the site.

The LPS economic crime unit then worked with government officials, auditors, and the ARCHES board of directors on what police say was a lengthy and comprehensive investigation.

"It (The Alberta justice specialized prosecution branch) would not recommend criminal charges as there wasn't enough likelihood of conviction and prosecution would not be in public interest," Shahin Mehdizadeh, Lethbridge Police Chief said about potential charges as a result of the investigation. 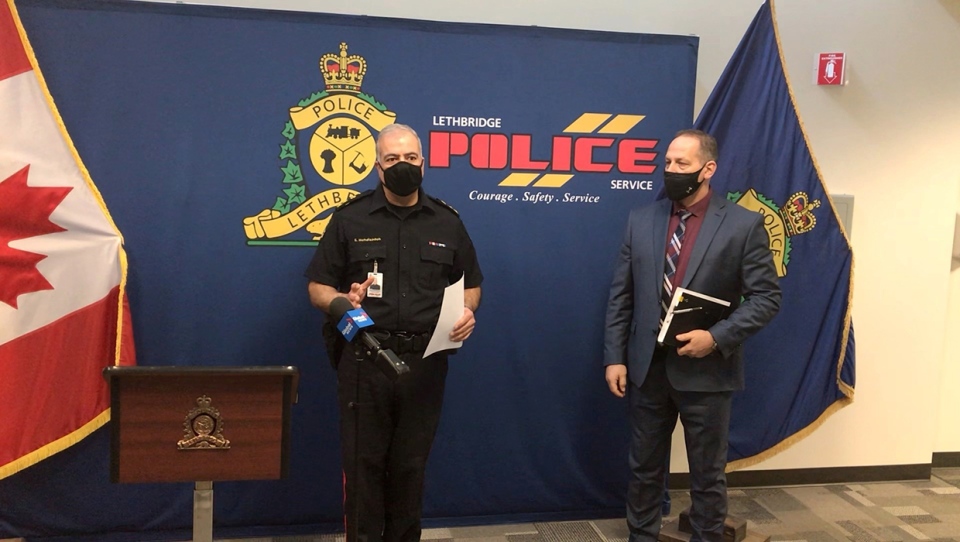 The investigation's findings have been shared with the Ministry of Mental Health and Addictions.

“In all fairness when the initial information was brought forward, these individuals didn’t have access to the means that we did,” said Acting Insp. Pete Christos, with the LPS Criminal Investigation Division, who was asked about locating the missing $1.5 million dollars.

Police can use provisions of the Criminal Code to obtain documents or information from corporations or banks. Inspector Christos said through those records, investigators were able to account for the missing funds.

As for other allegations of misappropriation of funds, Insp. Christos said interviews were conducted and staff were able to explain where the money had gone.

Insp. Christos wouldn’t comment on ARCHES accounting practices. “However, through our investigation I can tell you all money has been accounted for.”

Asked Tuesday whether the recovery of the money would sway the province to overturn that decision, Premier Jason Kenney was adamant it would not.

"The threshold for what we spend tax dollars on is a lot different than the threshold of a potential successful criminal conviction," he said.

"I'll refer you back to the audit that was conducted as well as the comments emanating from people in the Lethbridge community about the huge damage done to the local community by the presenceof that centre.

"The very many serious questions raised about its operations, its salaries, its expenses that came out of the audit and other leaked documents that emanated from the centre itself. So we have a responsibility to ensure the highest level of probing in the way that tax dollars are spent, so no, we have no intention.

"We think the management lost public confidence and certainly the confidence of government."

Kenney pointed out a mobile emergency consumption site was established in the downtown and "the number of opioid drug overdose deaths declined from August to September after the suspension of funding for that particular site."