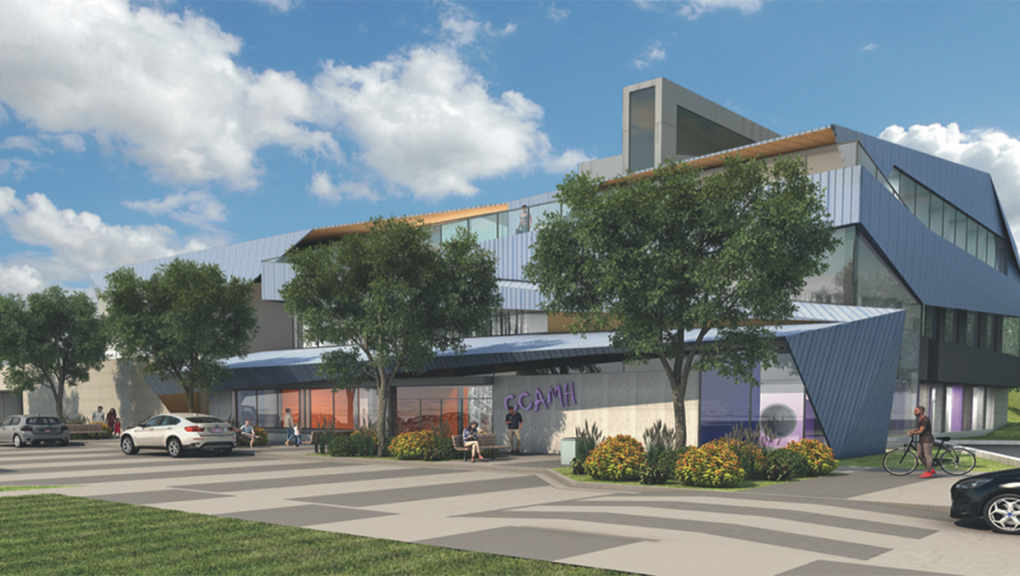 CALGARY -- A facility geared towards helping children and teens who suffer from mental health issues is one step closer to becoming a reality in northwest Calgary.

Construction is underway on the first-ever centre for child and adolescent mental health facility in the community of Hounsfield Heights. It’s a partnership between Alberta Health Services and the Alberta Children’s Hospital Foundation.

One of those is 18-year-old Naomi Pearce who says she's optimistic about how this facility will help out other people like herself.

“I’m so excited for all of the kids who were in my situation,” she said. “They can have a place to go that is specifically geared towards getting healthy.”

The $50 million facility will have a walk-in clinic, an intensive treatment program, as well as a day hospital. The facility’s services will augment and integrate with existing services provided by Alberta Health Services as well as various community-based agencies.

“Mental health is a global concern as we know and we need to be able to provide the right care in the right place and at the right time and this centre will do just that,” said Saifa Koonar, president and CEO of the Alberta Children’s Hospital Foundation.

In addition to the $50 million raised by the private sector, $8 million was also contributed by the province for construction.

The UCP will also commit $10 million towards ongoing operating funding, which Premier Kenney described as "part of our commitment to tackle the growing challenge of mental health and addictions in our society, especially for young people."