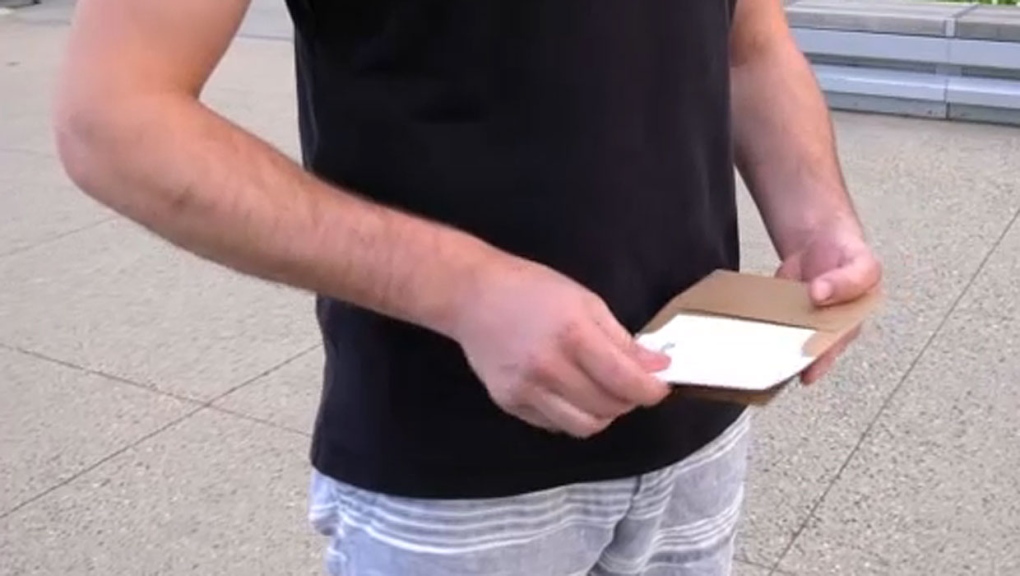 A wedding card that was found in Calgary's East Village has found its way back to its rightful owner on Sunday.

Good Samaritan Boston Maris found the card near the George King Bridge at around 6:30 p.m. on Saturday.

It was from a man named Christian and was addressed to Nick and Lauren. A gift of $200 was also inside.

Maris says he wanted to make sure the gift made its way back to the gifter as soon as possible, so he posted about the discovery on social media.

"As someone who got married recently myself, it was an amazing day, an amazing time," he says. "I can put myself in the shoes of the guest to get there and be excited for the day, meet the couple and go to grab your gift and it's not there."

Because of that, Maris wanted to make sure the gift was returned so no one would be disappointed.

After seeing the story on the news, the gifter, Christian Korber, contacted CTV News about the story.

He's since made contact with Maris and has recovered the gift.