For the parents of a Lethbridge woman who was killed 17 years ago while supervising a teenage group-home resident, the murder of a Calgary youth careworker has only intensified the pain, grief and anger they’ve felt since their daughter’s death.

Karen and Greg Collier said after Sharla Collier died they hoped changes would be made, but the stabbing death of Deborah Onwu on Oct. 25 showed them the dangers are still very real for careworkers in the province.

Sharla Collier was just 20 years old when she was supervising a 14-year-old group home resident with fetal alcohol spectrum disorder on a walk in the Oldman River Valley on Nov. 16, 2002. She was sexually assaulted and beaten to death.

Karen Collier said it doesn’t feel like 17 years have passed.

““It’s still unbelievable that your kid can be gone like this. We live without her. It’s still unreal,” she said. 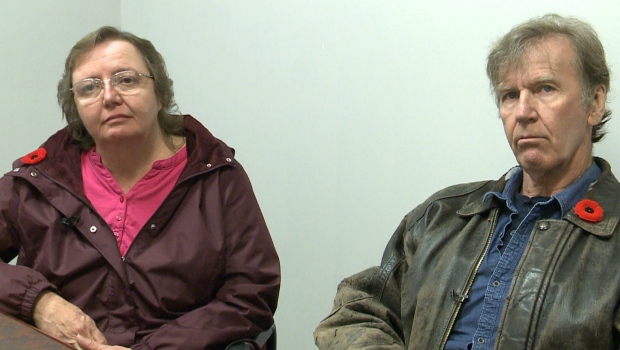 The Colliers said their hearts are with the family of 47-year old Onwu, who was killed while on duty at an assisted living home in Calgary.

Karen Collier said the Onwu family is asking the same questions they were asking after their daughter died.

“Obviously, if they (agencies) are making changes, none of this would have happened,” she said.

A public fatality inquiry into Sharla Collier’s death led to 13 recommendations, including care workers should only be assigned to the care of a resident they can physically manage.

That same recommendation was also made in 2017 following a fatality inquiry into the death of Camrose care worker, Valerie Wolski. The 41-year-old was strangled to death while working alone with a man who had a long history of violence with caregivers.

Greg Collier said putting women with men who can overpower them is not the answer.

“How many lives, how many assaults, how many injuries are going to have to happen before they stand up and say, this isn’t working?” he said.

The Colliers contend nothing will change unless the Alberta government and agencies that put employees in challenging environments are held accountable for the safety of their workers.

Karen points out the organizations are accredited by the province.

“The government pays them. They could say somebody died, we are shutting you down.”

Greg says he is still angry, and feels that Sharla’s death was swept under the rug, and forgotten about.

“They threw us a little bit of money and some flowers and said ‘have a nice day,’ and walked away,” he said.