Pop-up performances could be coming soon to a park, field or street corner near you 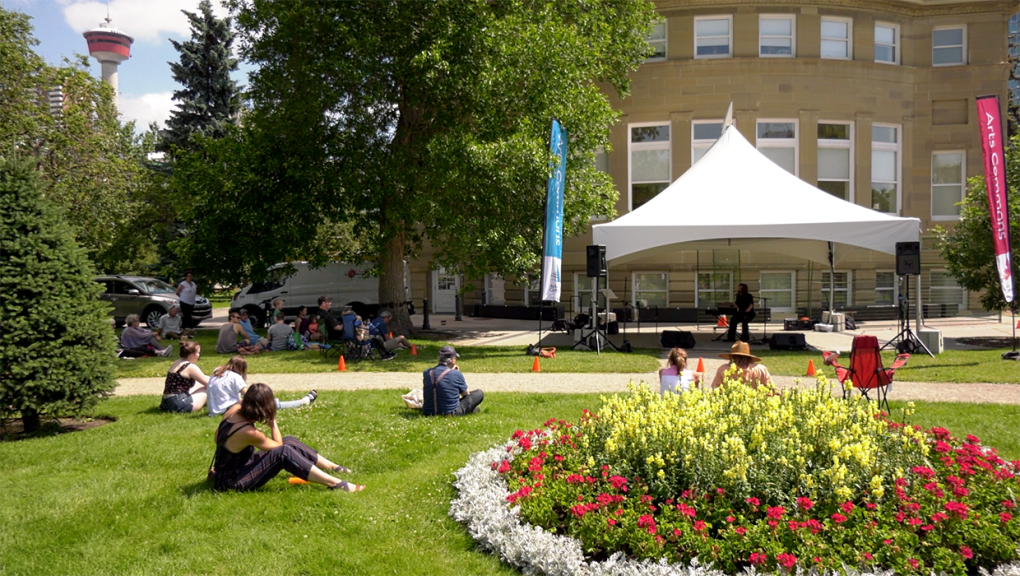 Arts Commons is producing a series of pop-up performances across the city this summer, in parks, fields and on street corners. The first one was Wednesday, at Central Memorial Park, featuring singer-songwriter Kenna Burima.

CALGARY -- Central Memorial Park was the site of the very first Arts Expedition Wednesday, a new pilot project from Arts Commons. The artist-focused organization plans to spread music thought the city this summer, with pop-up performances in parks, fields and on select street corners.

Joshua Dalledonne, Art Expedition's program manager, says that because things can change quickly in the day-to-day events of a pandemic, they’re staying flexible.

Dalledonne says social distancing is incredibly important when planning any event in these times so with this project they are only letting people know where they’re going to be popping up one hour before showtime.

“If you are in that area, if you happen to be in that park or in that field on that street corner then this show is for you.” he says.

Dalledonne says being able to re-introduce music to Calgarians is incredibly important. “For many of us being stuck at home, we’ve been cut off from the live music scene, from live poetry, from dance  and from all artistic forms.” he adds. “For me, this is my happy place.”

Kenna Burima was one of the musical acts being showcased Wednesday. She revealed to CTV News in an interview that Wednesday's show was her first performance in six months.

“It’s pretty emotional,” she said. “This energetic exchange that happens between audience and artist cannot be replicated and is just such a joyous, important exchange in art.” 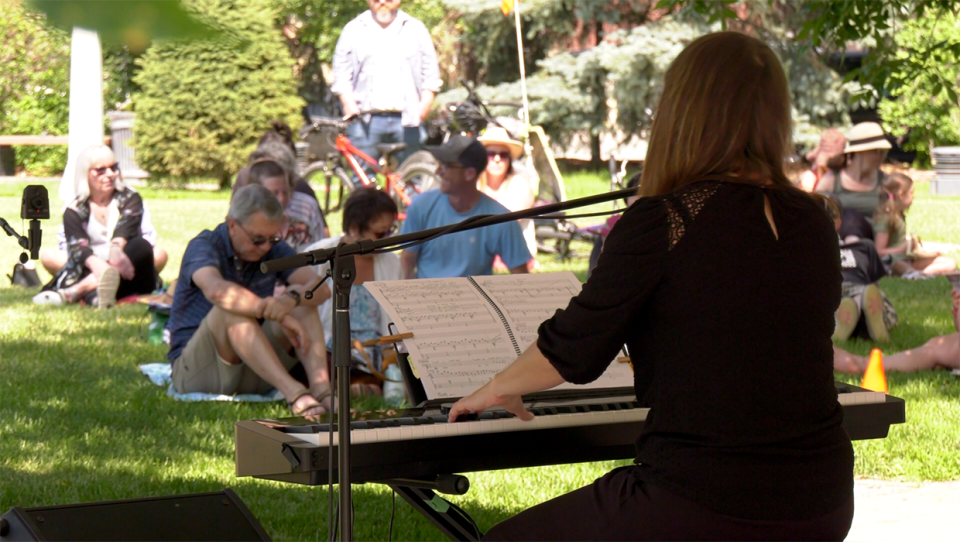 Burima shared with Wednesday's audience that the songs she was playing were deeply personal, with the words coming directly from her journal.

“As a songwriter, to realize that what I was writing though from a dark and vulnerable place - that’s where the art is," she said.

Burima said that in isolation she doesn’t get to have the input and interaction she’s used to having as an artist. “To be able to share that here today, it’s incredible," she said.

Arts Expedition will be popping up at many different locations around the city until the end of August. Follow Arts Commons on Instagram and Twitter to get the latest information on times and locations. (@YYCARTS)