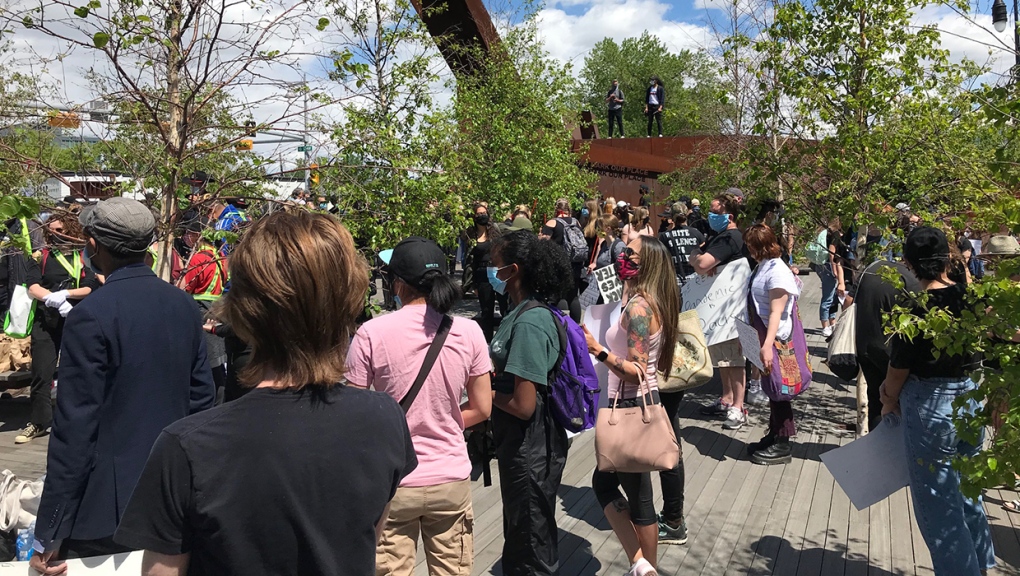 CALGARY -- As protests take place around the world with participants calling for an end to police brutality and increased awareness to rampant discrimination, some parents and guardians find themselves broaching difficult but necessary topics with their children.

Kelly Schwartz, a child psychologist at the University of Calgary, says racism and the use of stereotypes are learned behaviours that can be unlearned. He encourages parents to give their children platforms to explore different sides of other cultures and ethnicities.

"In many ways that’s exposing our kids to opportunities where we get to integrate with others," said Schwartz. "It does mean we have to be more intentional about reading good things, watching good things, ways that break down those stereotypes."

Michael Woods, a black man, has dual citizenship but calls Calgary home. The father, who performs under the stage name Mik3y Woods, says racism exists in Calgary and his children have experienced it firsthand at school.

"My oldest son, he went through it in kindergarten," said Woods. "A child in Grade 5 was beating him up and he would come home with scratches and bruises,

"I said 'What’s going on?' and I heard him telling his mom. I said 'Ok, we’re going to the school' and it just broke my heart.”

Roughly 2,000  Calgarians took part in a peaceful march on Monday  in the downtown core to bring awareness to the issues of police brutality and racism against black people. Protests have been taking place in cities around the world in the days following the death of George Floyd, a Black man, at the hands of police in Minneapolis, MN.

Woods says the unification of people in Calgary to oppose racism is a step in the right direction. He adds that many members of the black community just want to have their voices heard.

"It’s like a screaming child who is hungry and you’re not listening to what they’re asking and it can be frustrating," explained Woods.

Wednesday's YYC Justice For All Victims of Police Brutality march is underway. Participants are walk ingfrom the Louise Bridge on 10th Street N.W. to the municipal plaza outside of city hall.