Special delivery: How couriers are trained to spot a porch pirate

A delivery driver for a major courier company says in his 10 years of delvering parcels, he's come to sense when he's being followed.

The driver, who CTV News will call John to protect is identity as he isn't technically allowed to speak to media, said he has seen a spike in package thefts from Calgary doorsteps over the last few years.

"I think the economy has made it worse," he said. "Thing is, I know pretty much everyone in my routes and neighbourhoods. Even the homeless folks, I know them by name. If there is a new face or a suspicious one, I’ll notice."

As more and more Calgarians get robbed by so-called "porch pirates" — people who snatch unopened deliveries from homes and yards before the recipients know what happened — and many are calling for drivers to do more.

John said he does all he can.

"I try to tuck the packages away. I’ll put them behind something if I can, as long as they can’t be seen from the street," he said.

John also said he’s been advised by his employer to keep an eye out for anyone tailing him, as "porch pirates" are rumoured to do.

If he sees someone, he's been told to call his manager, who may then call police.

But she said she will never, ever leave a package on a doorstep unattended. If nobody is home, the package stays with her. 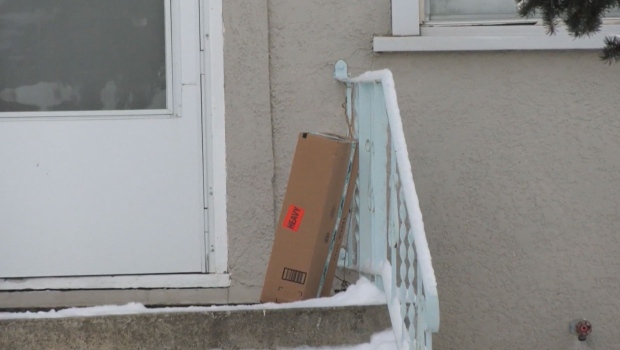 "I’ll drop it at one of our outlets," she said. "And leave a note to the homeowner to pick it up. I’d rather them be mad at me because they have to drive a few blocks to get their package than mad at me because it ended up stolen."

Large couriers and delivery services are taking notice of mail theft, which Calgary police said spikes around Christmas, purely because of volume.

Amazon has "support teams" tasked with guiding any driver who calls in, thinking they are being followed or have seen suspicious activity.

They also encourage drivers to call 911 if they think its warranted.

UPS said it trains its drivers to spot suspicious behaviour and they are also encouraged to call the authorities if they think anyone’s safety could be compromised.

Several companies also say drivers should abort their deliveries if they think they are being followed.

Sally said she’s done that before, returning to her warehouse, swapping loads with another driver, and carrying on with a different set of deliveries that day.

UPS and Canada Post both said they encourage customers to set up delivering to a storefront if they aren’t comfortable with packages being left at their door. Each company offers that option at no extra cost.

Sally recommended that as well.

Companies also recommend "safe boxes," where a porch from package can be dropped and then locked up or secured so nobody else can grab it.