BEARSPAW, ALTA. -- A Calgary area couple is warning homeowners about health and financial hazards that can arise when spray foam insulation is not properly applied and managed.

Bob and Noreen Leasak said they hired the company R-Value Solutions to apply foam insulation inside a barn which they had built to store vehicles, but were left with an expensive mess to clean up when they later found out the wrong foam was used and not installed correctly.

"It’s almost to the expense of knocking it down and building a new barn," Bob told CTV News in an interview this week.

Noreen said the estimates so far suggest it will cost about $70,000 for the cleanup and to reinstall the insulation.

The couple said they chose the foam company because of positive reviews online and because the company said it had a time slot available to do the job on Aug. 26.

"There were no red flags banging or horns blowing when we were talking to the guy. I guess we were zeroed in on, 'Oh, he can do it before winter,'" Bob said.

He said R-Value Solutions told him the job would be finished in one nine-hour shift, but after working for five days and not allowing the Leasaks to see it, the couple said they asked the company to leave.

That’s when the Leasaks got a look inside the barn and said they found globs of uneven, sticky foam, some of it ruining doors, wiring and asphalt in the building.

The couple knew the job would have to be re-done, so they began scraping the foam off, which Noreen said made her sick.

"I started projectile vomiting for over an hour, just from being in that building for 45 minutes," she said.

They called Urethane Foam Consultants (UFC), a private quality assurance provider for the industry. UFC inspected the barn on Sept. 8 and provided a report outlining numerous concerns, including poor quality work and using the wrong type of foam.

"The foam installed in this garage is the worst quality spray foam UFC has found in seven years and hundreds of home inspections," reads part of the report.

"It wasn’t an oversight, this was four days of problems that they continued spraying," said Adam Luffman, general manager of UFC.

Luffman said the owner of R-Value Solutions, Mikel Perjaku, was certified to do this type of work two years ago, but was not certified at the time of the job and had workers who were not certified performing the labour.

CTV News spoke with Perjaku on the phone and contacted him through text and email but he did not provide a comment.

The Leasaks said that R-Value Solutions told them it does not have insurance.

Luffman said the couple’s only recourse would be to pursue a civil lawsuit.

He said homeowners can protect themselves by asking companies to provide a copy of their certification and insurance, and taking note of the colour of foam they intend to use.

"It is a very nuanced, technical industry, but one of the main things to note is certified foam is all coloured," said Luffman. "If you spray foam your home, often it’s going to be green or purple or blue."

He explained UFC is one of four businesses in Canada that also provide free services to help connect homeowners with contractors that have proper documentation and training for the foam insulation industry. 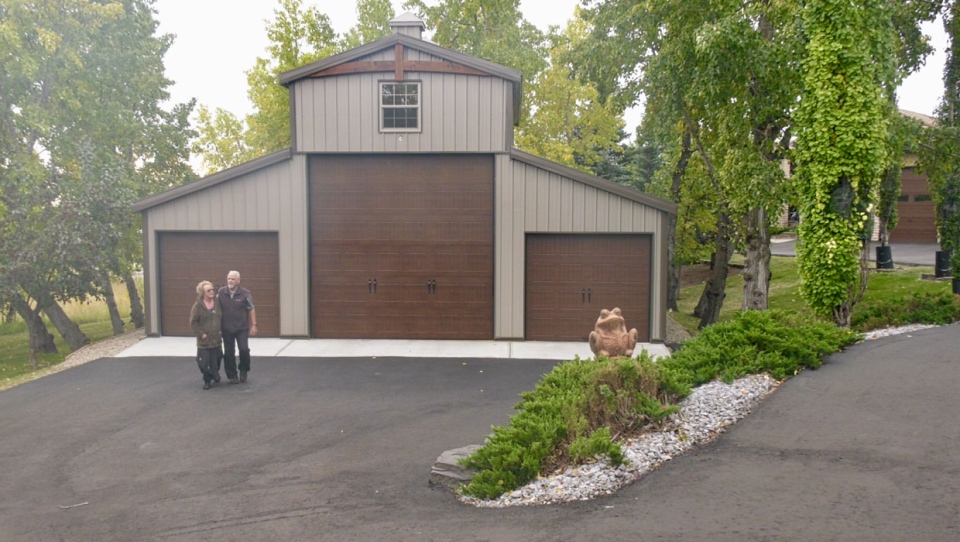 Meanwhile the Leasaks just hope no one else is stuck with costly repairs of their own.

"There’s all sorts of these horror stories with these spray foam companies so I guess we just wanted to warn people."