CALGARY -- Officials say it had a "distinctive" design and a "noticeable lift" but they're more interested in the man who allegedly stole the truck and crashed it west of the city.

Calgary police say an unknown man broke into a fenced-off property owned by Divita Auto Design Shop on 5306 Third Street S.E. at about 1 a.m. on Feb. 1.

Once inside, police say the man loaded a custom gold 2018 Dodge Ram truck onto a flatbed trailer and towed it away using a green Dodge Ram truck, believed to be the suspect's vehicle.

Police say the stolen truck had a gold paint job with a blue frame and interior. It also had a number of after-market modifications including a noticeable lift. 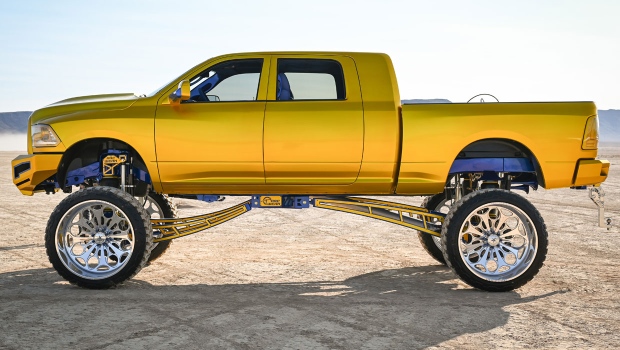 Officials are now looking for information from the public about the man, seen on surveillance video taken at the scene. They also want to speak with anyone who may have seen the gold truck being hauled on the flatbed used to commit the theft. 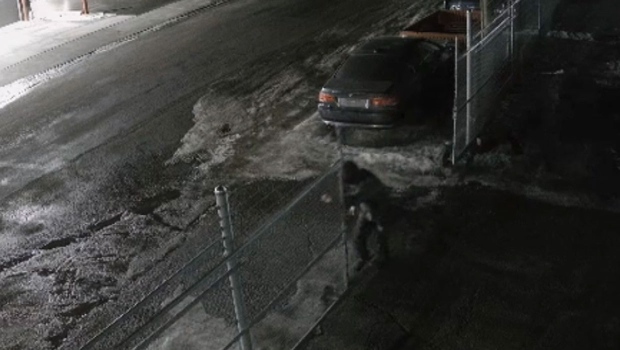 They hope, given the truck's unique design, that someone may remember seeing it.

The suspect's green Dodge Ram had lighter-colour paneling on the sides.

Anyone with information about this theft is asked to call our non-emergency number at 403-266-1234. Tips can also be submitted anonymously to Crime Stoppers through any of the following methods: