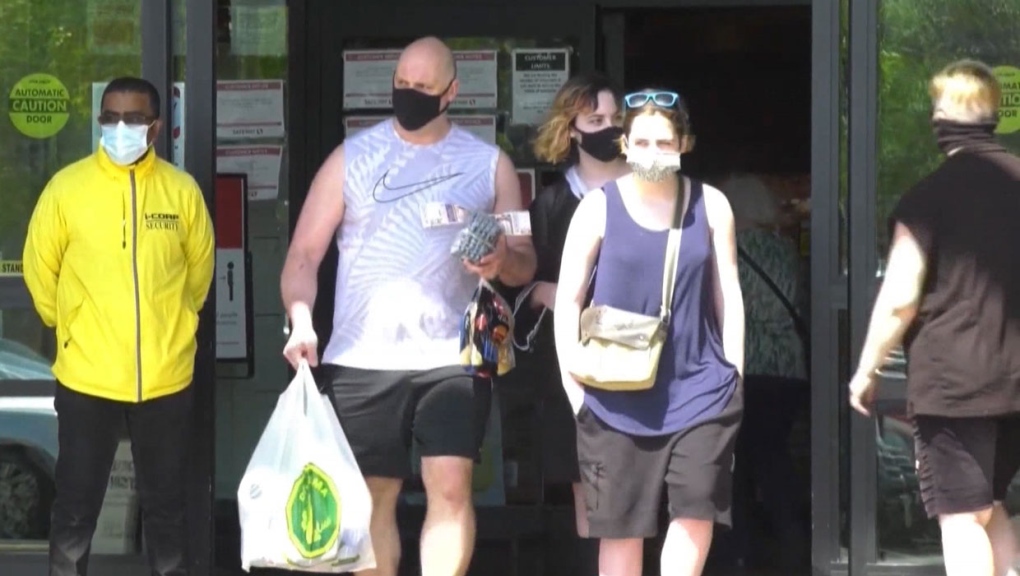 Calgary city officials say 301 tickets for not wearing masks and violations of Alberta's Public Health Act have been issued since last summer. (File)

CALGARY -- Transit riders are among the concerns the City of Calgary noted in its weekly update on enforcement of the health guidelines in connection with the COVID-19 pandemic.

Officials released new information on the number of tickets issued in response to violations of the city's mandatory mask bylaw as well as Alberta's Public Health Act.

Since Aug. 1, 2020, when Calgary's mask bylaw came into effect, 134 tickets have been given to individuals who were not wearing a face covering, with 21 of those issued since Jan. 14.

Officials add the increase of tickets due to not wearing face coverings has to do with a number of transit riders who are not following the rules.

As well, one ticket of not publicly posting prescribed signage in the entryway of a public place, the first such fine since Aug. 1, 2020, was given out.

When it comes to tickets from the PHA, Calgary officials say there are open 30 investigations as of Jan. 14, 2021. There have been 167 PHA violation tickets since Nov. 24, when Calgary enacted its local state of emergency.

CITY AND PARTNERS WORKING TOGETHER

City officials say business licence inspectors, along with Alberta Health Services, the Calgary Police Service, Alberta Gaming, Liquor and Cannabis as well as Occupational Health and Safety, are working together as a Public Health Compliance (PHC) team to ensure all businesses are following the province's COVID-19 rules.

As part of that work, the team is conducting regular inspections of businesses and has the power to ticket any organization that is in contravention of the PHA.

Where violations are suspected, Calgarians or businesses can submit questions, concerns or report complaints to Alberta Health Services online or by calling 1-833-415-9179, or to The City by contacting 311 or the CPS non-emergency line at 403-266-1234.