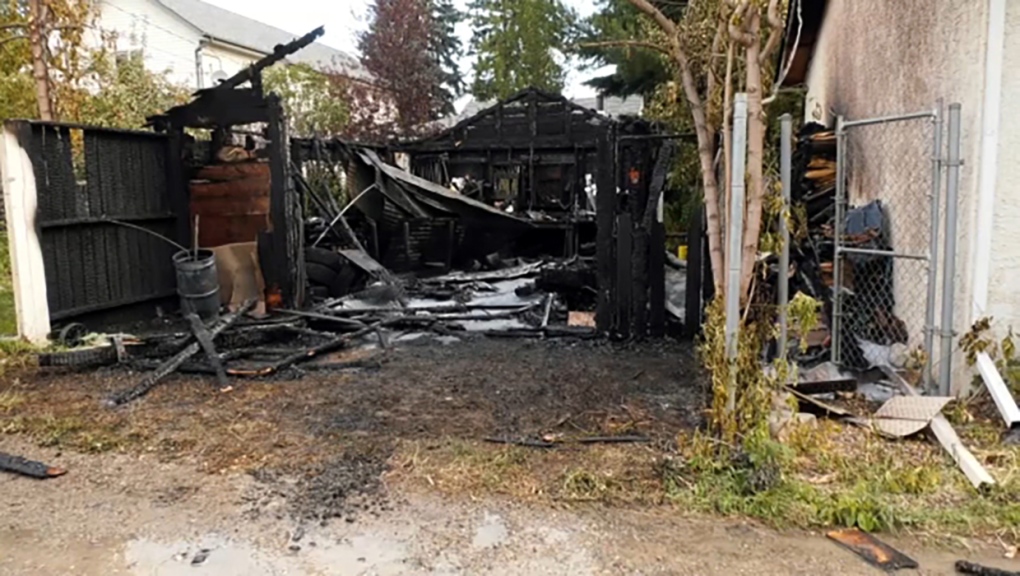 CALGARY -- Firefighters limited the damage to a single structure in a garage fire in northeast Calgary early Saturday morning.

Firefighters responded about 6:30 a.m. By 6:45, the fire, on the 200 block of 22nd Avenue N.E., was knocked down. In addition to the single detached garage, there was also damage to adjacent fencing.

The CFD said no one was injured and no vehicles were in the garage at the time of the fire.

From CCTV footage, it's believed that the fire is suspicious.

Investigators are on scene, trying to determine the cause of the fire. Calgary police had to shut down a few lanes on Edmonton Trail to accomodate the fire department's access to hydrants.