CALGARY -- Fans have been cheering on the chuckwagons at the Calgary Stampede since 1923, but for the second year in a row there will be no roar of the thunder.

The Stampede announced on Thursday that the Rangeland Derby won't be part of the greatest outdoor show on earth which got the green light from Premier Kenney earlier this month.

Calgary Stampede communications and media relations manager Kristina Barnes said the decision was based on the fact chuckwagons haven't raced for 21 months and there was concern for the animals.

"In comparison to any other professional sport you wouldn't have a pre-season practice and then jump to a high stakes championship," Barnes said.

"We do recognize how hard they've (the drivers) worked.  They've been out practicing making sure their horses are in great shape for this spring but unfortunately we just couldn't move forward."

SLAP IN THE FACE

Kurt Bensmiller, a four-time champion at the Calgary Stampede, said drivers were blindsided and misled by the Stampede's decision.

"We always thought that this was based on COVID-19 and then now they tell us that five weeks out (from Stampede) that we need five weeks regular racing, well that's not realistic," Bensmiler said. 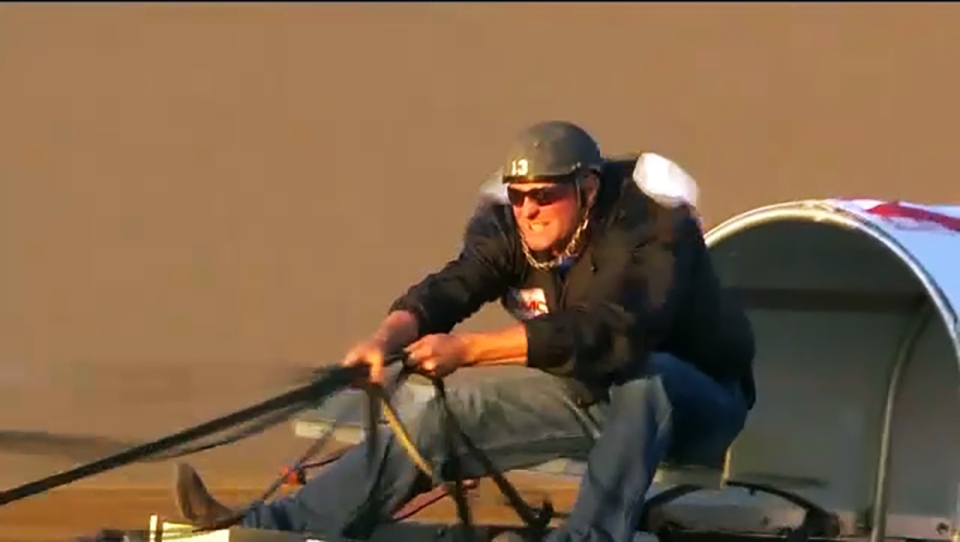 "If they'd told us that two months ago we'd have had something set up but they never told us that."

"I think it's a real big slap in the face and it's disheartening to think you have a partnership, especially something as big as the Calgary Stampede and then to find out there's no partnership."

Mark Sutherland who has won theStampede's drivers safety award three times said he was frustrated the chuckwagons have been left out. He said it made him bristle when he heard the races were cancelled because of safety concerns.

"To suggest that we might not operate in a safe manner and not have our horses ready for their event, because that's what they really said the reasoning was is that we haven't had competition in about 20 months so I take offence to that," he said.

"There's no real lead up.  There's not real practice that goes along with it," Nichols said.

"So as a safety measure it's (cancelling the races) something that was appropriate."

Driving chuckwagons is a costly venture.  You have to feed the animals and drive from show to show.  Many rely on the Calgary Stampede to get them through the year.

Even big name drivers like Bensmiller wonder if it's worth it to keep going.

"This is the first time in my career that I've thought about shutting it down," he said

BAD DAY ALL ROUND

Sutherland says this wasn't a good day for anyone involved.

The Calgary Stampede said the wagons will be back and fans will be able to hear the roar in 2022 but the unanswered question may well be how many drivers will be back?