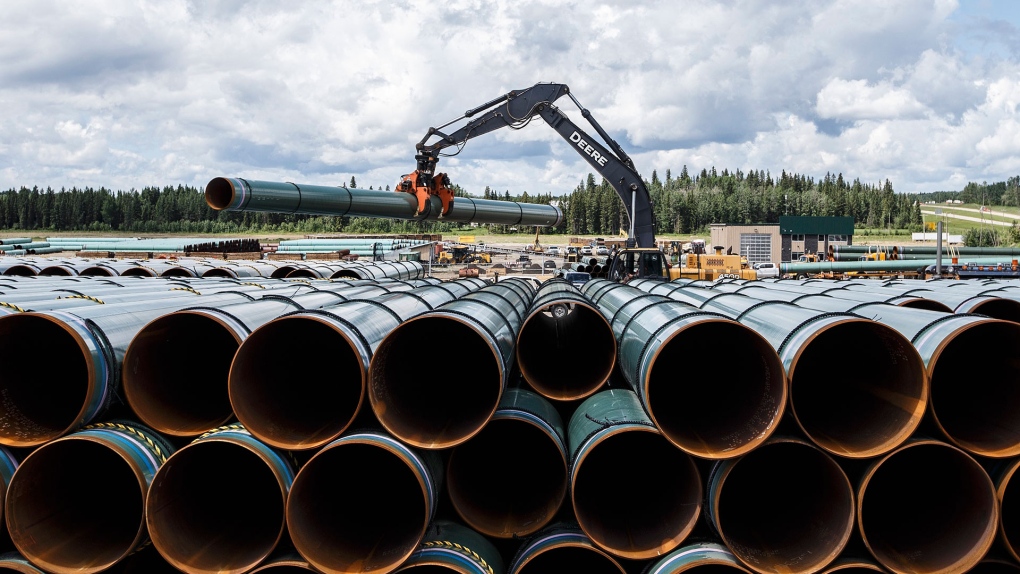 Pipe for the Trans Mountain pipeline is unloaded in Edson, Alta. on Tuesday, June 18, 2019. Statistics Canada says that capital spending in the Canadian oil and gas sector fell by 54 per cent in the second quarter ended June 30, as oil prices fell due to a global price war and demand destruction caused by the COVID-19 pandemic. THE CANADIAN PRESS/Jason Franson

The federal agency says the industry spent about $3.88 billion in the three-month period, down from $8.46 billion in the first quarter and $8.59 billion in the second quarter of 2019, as a global price war and demand destruction caused by the COVID-19 pandemic eroded crude prices.

In June, the Canadian Association of Petroleum Producers estimated that $23.3 billion would be spent in the oil and gas production sector in Canada this year, a downward revision from about $37 billion in its January forecast.

Last week, the Canada Energy Regulator said it expects oil production in Canada will average 4.38 million barrels per day this year, down by 6.6 per cent compared with 2019.

Earlier this week, IHS Markit reported that world oil demand has grown by 13 million barrels per day in the four months since the bottom of the COVID-induced collapse in April to about 89 per cent of last year's levels.

It says it expects demand growth to plateau at roughly 92 to 95 per cent of 2019's average output of around 100 million barrels per day through the first quarter of 2021 as travel-related fuel demand remains subdued until virus vaccines are widely available.

This report by The Canadian Press was first published Aug. 28, 2020.