One person killed in serious crash east of Calgary 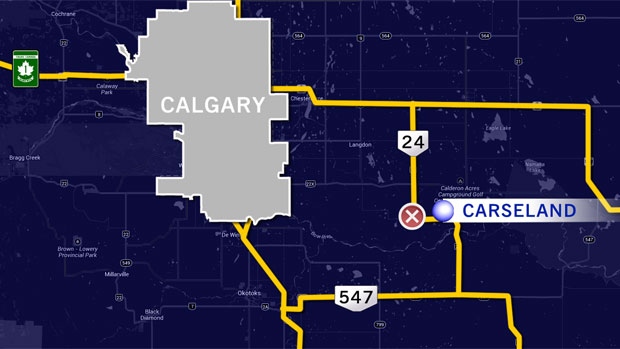 RCMP say that a man was killed in a head-on crash just west of Carseland on Thursday afternoon. Two other people were injured.

One person has been killed and two others injured in a three-vehicle crash east of the City of Calgary.

Police say the crash happened just west of Carseland at just after 4 p.m. on Thursday.

They say a small car was eastbound on Highway 24 when it crossed into the westbound lanes and slammed into a tractor-trailer.

A pickup truck, also eastbound on the highway, hit debris and ended up crashing into the ditch.

The man driving the car was declared dead at the scene.

The other drivers suffered minor injuries in the crash.