Over $30,000 worth of action figures and DVD sets seized in Alberta bust 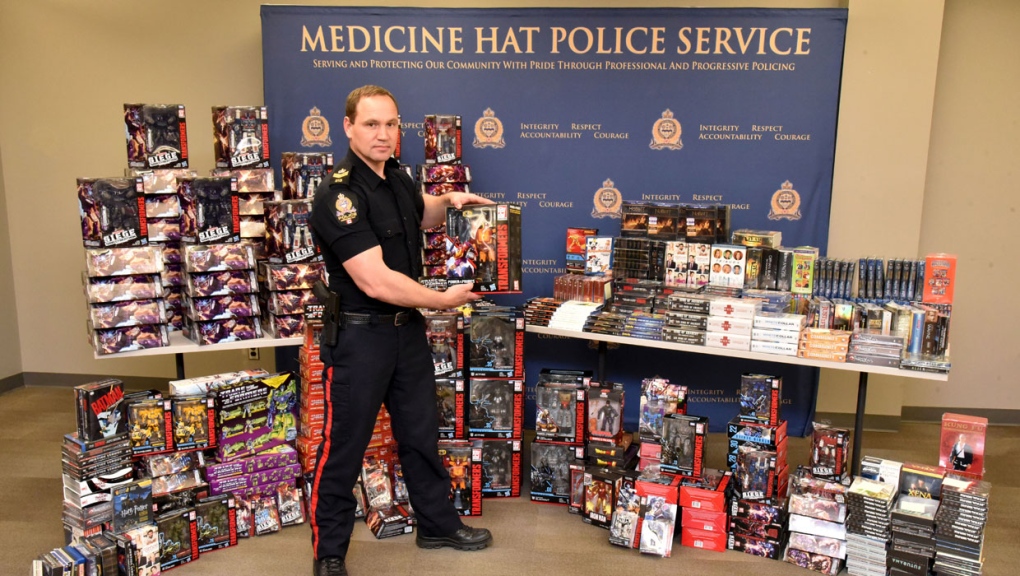 Medicine Hat police seized over $30,000 of merchandise they say was taken from several big box retailers in southern Alberta and southwestern Saskatchewan. (Supplied)

CALGARY – Optimus Prime would be proud of the effort Medicine Hat police put into arresting this Decepticon.

Authorities in Medicine Hat arrested a 37-year-old man after a six-week-long investigation into fraudulent transactions that targeted a number of big retailers.

Charles Dale Glasier was taken into custody on November 7 by the Medicine Hat Police Service.

Investigators recovered over $30,000 worth of items, consisting mainly of Transformers action figure toys and a variety of DVDs and DVD box sets. The property is believed to have been taken from stores in Medicine Hat, Calgary, Lethbridge, Taber, Brooks, Drumheller and Swift Current.

Police believe Glasier obtained the items directly from retailers by fraudulent means for a fraction of their regular price. Officials say he was intending to sell the items for profit.

Glasier has been charged with one global count of fraud over $5,000 and possession of stolen property over $5,000. He is currently in custody awaiting a bail hearing.

According to the Retail Council of Canada, retailers lose up to $3 billion a year or $8 million a day due to theft and shoplifting alone.

Members of the public who witness any suspicious activity taking place in their community are asked to contact their local police or Crime Stoppers at 1-800-222-8477 (TIPS).