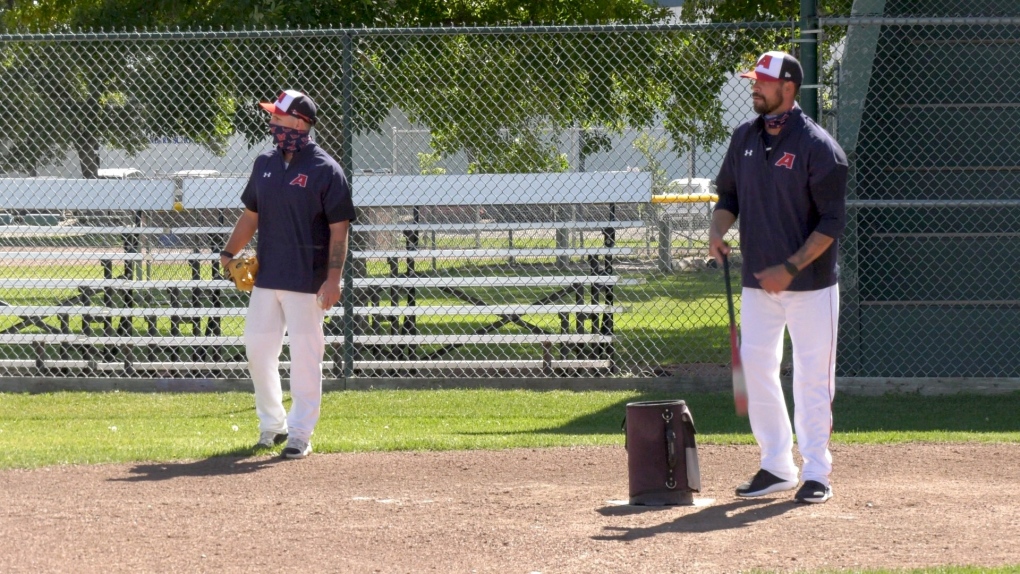 LETHBRIDGE -- When the COVID-19 pandemic hit back in March, the Prairie Baseball Academy’s season was among the many sport casualties.

It has led to a longer than normal off-season, but PBA head coach Todd Hubka put the extra time to good use, by strengthening his coaching staff.

Dustin Molleken and Rhett Feser were recently announced as new members of the program’s staff, a homecoming of sorts as they both spent time on the mound for the PBA.

Hubka says they put the call out a couple of weeks ago that they were looking for some help on the mound.

It wasn’t long after that he heard from the former academy members, and things moved quickly from there.

“Dustin played at the highest level, and to bring someone of that calibre in to help us coach these kids, develop them and mentor them is unbelievable," said Hubka.

“And Rhett was that pit bull, dogged type of mentality that I know he’s going to bring to the pitching staff.”

After a long time off, 61 players took to Lloyd Nolan Field this week to get back to work with their new coaches in the fold.

Feser played with the PBA from 2015 to 2017, winning a pair of championships along the way. He went 5-0 in conference play during his sophomore season, where he was awarded the Canadian College Baseball Conference (CCBC) Pitcher of the Year.

He says getting an opportunity to coach alongside Molleken has made this opportunity even more exciting.

“I can see it going really well. He’s obviously played at the highest level, he’s played in the major leagues, so he’s a great guy for the players to be around and I think we’ll work together really nicely,” Feser said.

Molleken was a member of the PBA way back in 2003. The Pittsburgh Pirates selected the Regina native that same year in the Major League Baseball draft.

His career has taken him through five different MLB organizations, culminating with his professional debut in 2016 with the Detroit Tigers, as well as a stint in Japan.

Like Feser, he’s happy to be back and offering his expertise to the players.

“I’m very honoured to be back here. I was here 18 years ago as a player, and now I’m here 18 years later as a coach. It’s an awesome feeling,” Molleken said.

While there is still no official decision on what the Canadian College Baseball Conference season will look like, coaches say they plan to have the players ready to go with training now underway.