Panda Passage opens in Calgary on Monday with an international celebration 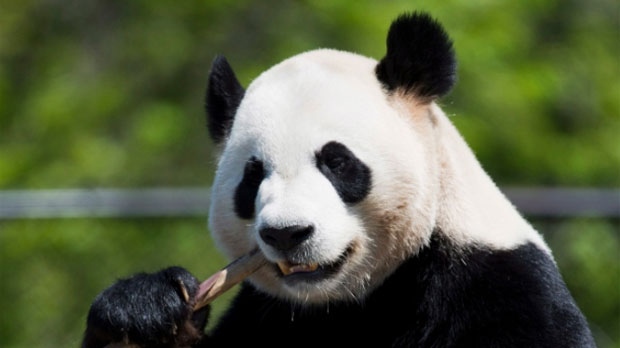 Da Mao is one of the four pandas that now call Calgary home, shown here eating bamboo in his former home in Toronto.

Calgarians will finally get to meet the four pandas that have been settling in since the end of March.

Panda Passage at the Calgary Zoo is the new home for Da Mao and Er Shun, along with their two cubs, Jia Panpan and Jia Yueyue.

The adults will live here for the next five years after having spent five years at the Toronto Zoo, and their cubs will return to China in a year-and-a-half as part of an agreement between the two zoos and the Chinese government. In return, China gets $1 million USD that will be used to support the panda breeding program in that country.

The panda family has moved into a brand new habitat that used to be the elephant enclosure. The zoo spent $100 million renovating the space for the new tenants and hope they will be happy enough there to produce more cubs.

Taking good care of pandas is a major undertaking, with the zoo flying in bamboo from China a couple of times a week. Each panda eats about 40 kilograms of bamboo per day, and they can be pretty fussy about the quality, but the zoo feels it’s ready to provide whatever the bears need.

The grand opening ceremony happens at 10:00 a.m. on Monday, May 7, 2018 with dignitaries from the governments of China, Canada, Alberta and the city in attendance.

The Calgary Zoo is expecting about 1.5 million visitors will come to see the pandas in the first year, adding about $18 million to Calgary’s economy.