Passenger ejected from back window of transit bus in Calgary 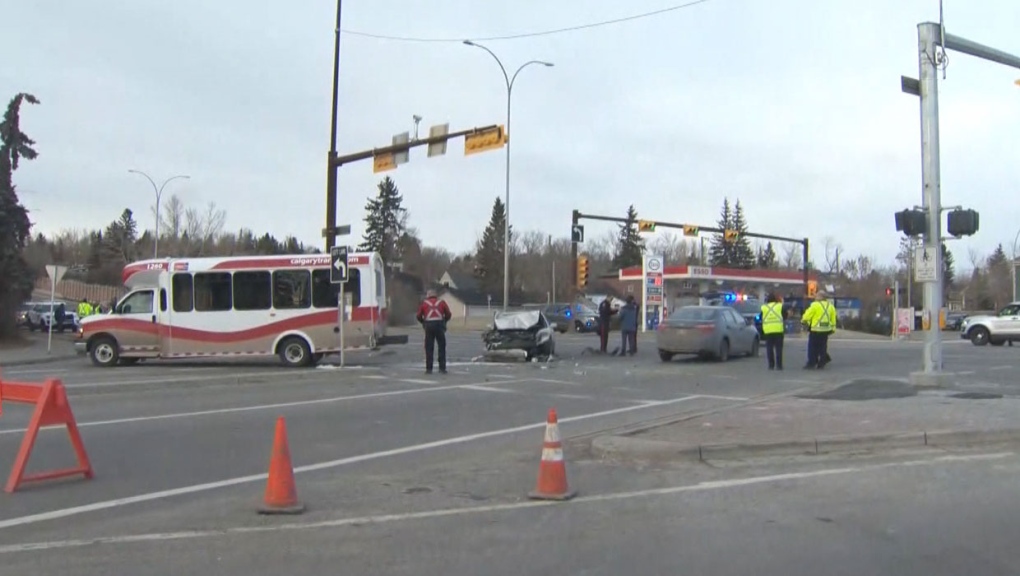 A woman was sent to hospital after she was knocked out of the back window of a Calgary Transit vehicle Friday evening.

CALGARY -- Police are investigating following a serious incident in the northwest Friday evening where a woman was ejected from the window of a Calgary Transit bus.

Crews were called to the intersection of Crowchild Trail and 5 Avenue N.W. shortly before 7 p.m. for reports of a two-vehicle crash involving a vehicle and a bus.

Officials say the woman, who was a passenger, was thrown through the back passenger window of the bus.

She was taken to hospital in life threatening condition.

Two other women were also taken to hospital for treatment.

EMS say all three patients are between the ages of 40 and 60 years old.

There is no information on any injuries sustained by the driver of the other vehicle. 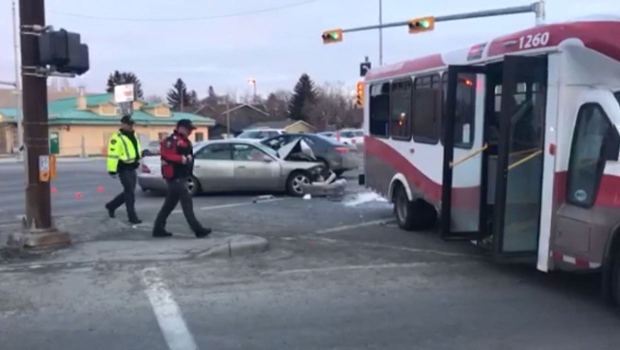 The transit bus sustained significant damage to its rear end while the other vehicle suffered front-end damage.

The CPS Traffic Unit is investigating the crash, but say neither speed nor alcohol are believed to be factors at this time.

Traffic had to be rerouted for several hours following the incident, but the scene has since been cleared.