Pedestrian dies days after being struck in downtown Calgary 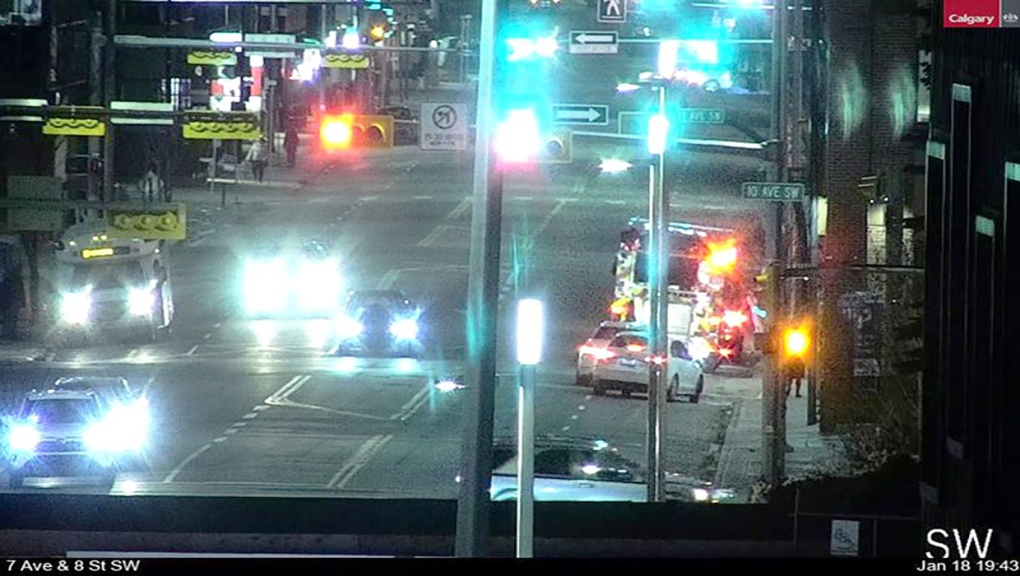 A pedestrian struck in downtown Calgary earlier this month has died. (File photo)

CALGARY -- A 60-year-old man, struck while crossing a downtown street earlier this month, has died of his injuries and investigators are again asking for any witnesses to come forward.

The pedestrian was crossing Eighth Street at Eighth Avenue S.W. just before 7 p.m. on Jan. 13 when he was hit by a 2007 Honda Accord making a right-hand turn.

The 24-year-old  driver remained at the scene.

The victim was taken to hospital where he died on Sunday.

Speed, alcohol and drugs are not considered factors for the driver and the collision remains under investigation. Charges are not pending at this time.

Police said in a release the pedestrian "was crossing against the light and alcohol may have been a factor."