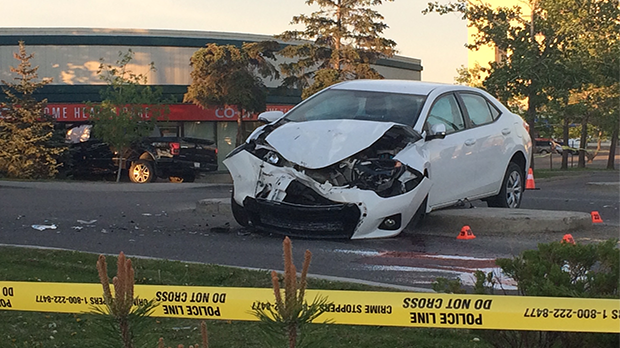 EMS officials say two vehicles appear to be involved in the crash that sent a pedestrian to hospital in critical condition.

A woman was taken to hospital in critical condition after she was hit by a vehicle in the parking lot of a northeast mall on Tuesday evening.

Emergency crews were called to the parking lot at Sunridge Mall on 36 Street N.E. at about 6:50 p.m. for reports of a crash.

When paramedics arrived they found a woman suffering from life threatening injuries from being hit by a vehicle.

She was rushed to the Peter Lougheed Centre, which was close by.

It’s believed that the vehicle that struck her was involved in a crash with another vehicle before it hit her. The vehicle then crashed into an adjacent business.

The drivers of both vehicles were also taken to hospital with minor injuries.

There is no word on the woman’s current condition and police are investigating.