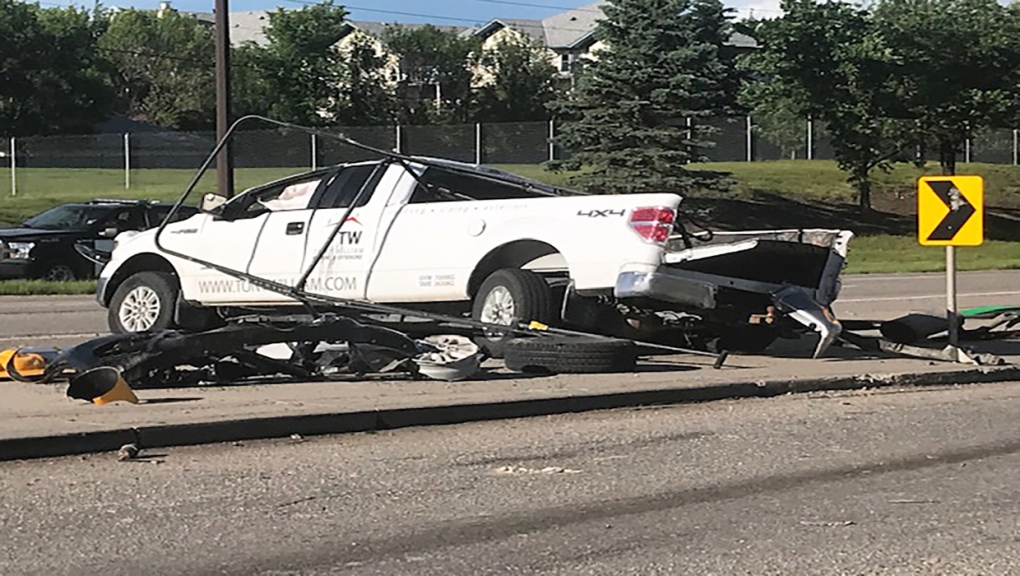 The incident in question took place at Peigan Trail and 25th Street S.E. just after 6 p.m. According to a witness, a black SUV that was speeding ran a red and smashed into a white truck, causing it flip several times and take out a light standard.

"The first thing I thought was someone has to be hurt," said Sarah Robertson, "with the amount of damage that was done here, but luckily no one was."

According to Robertson, who recorded some of it on video, the man driving the black SUV got out and started to run.

"I went up to him and asked if he was OK," Robertson said, "and he immediately fled the scene." Robertson added that the man threw about $10,000 in cash into the bushes, before running into a neighbourhood.

"Police are looking for him right now," she said. "He's a wanted criminal, apparently." She added that the police brought a canine unit with them to help search for the suspect. 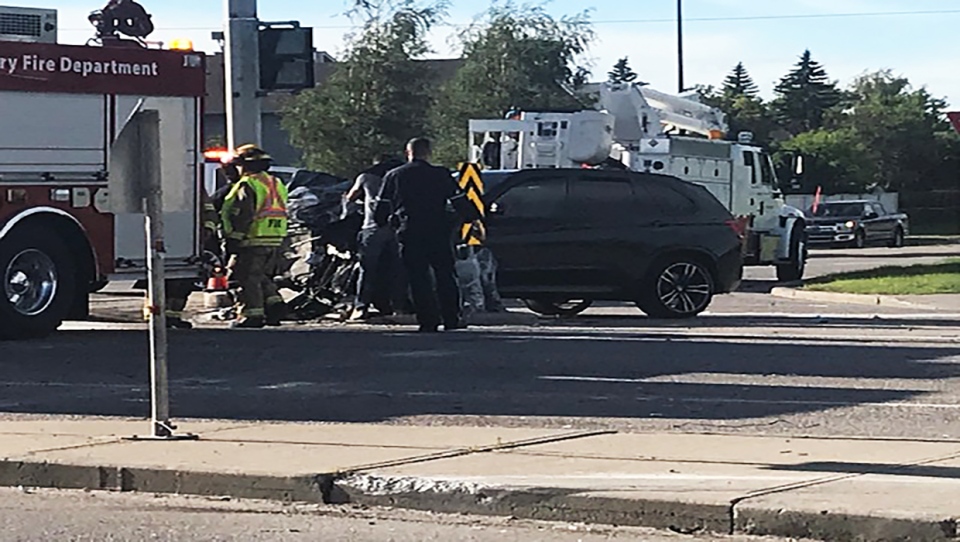 Both vehicles were not driveable, but police said the drivers suffered only minor injuries.

Robertson said that after the white truck flipped "three or four times," the man driving it got out and chased after the driver of the black SUV.

"I told him not to," she said. "So adrenaline was running through everyone's body." 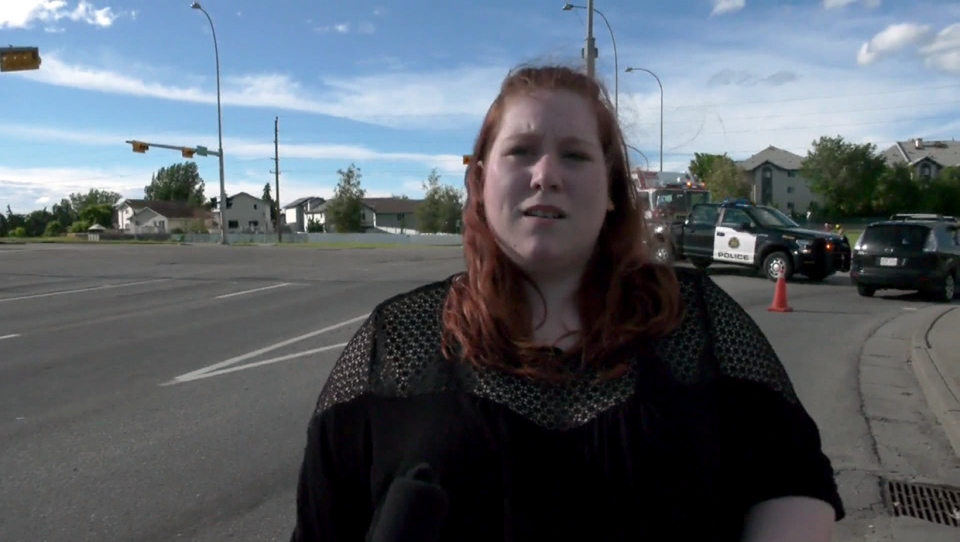 There was no additional information available about the extent of the injuries, whether anyone was transported to hospital or whether the driver of the black SUV has been apprehended.