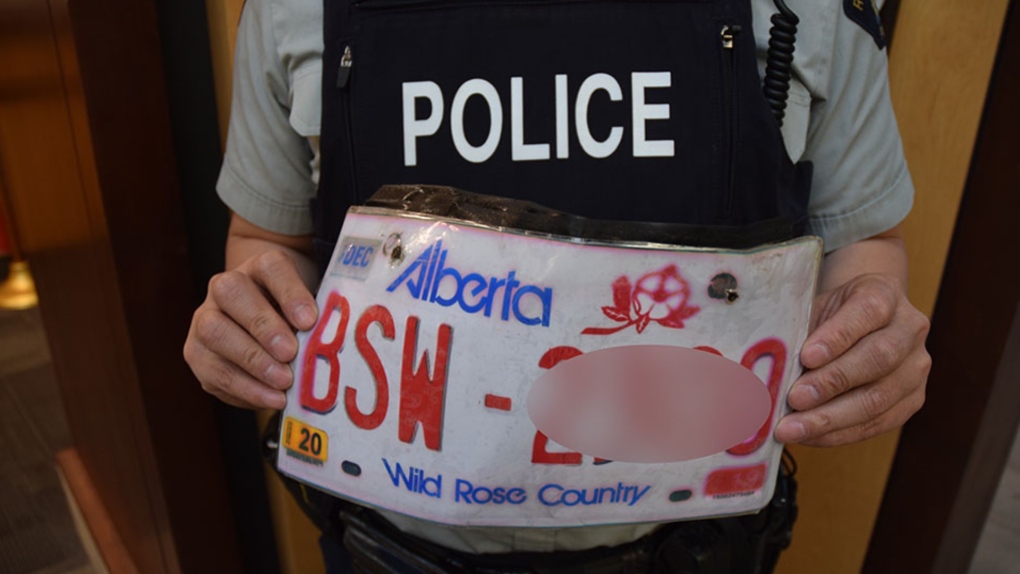 A member of the Port Coquitlam, B.C. RCMP detachment holds a photocopied facsimile of an Alberta licence plate (RCMP)

PORT COQUITLAM -- Police in Port Coquitlam, B.C. are on the hunt for an unskilled licence plate forger in connection with the investigation into a January crash.

A 2005 Nissan Altima crashed in the city east of Vancouver on the evening of Jan. 8 after losing one of its wheels. When police arrived on scene, a man and a woman were spotted fleeing the area.

According to police, the Alberta licence plate on the car was determined to be a low-quality photocopied facsimile — considered to be "hilariously bad" — after officers removed the plate's cover.

"One reason that licence plate covers are illegal in B.C. is that they are often used to obscure what’s underneath," said Cpl. Michael McLaughlin with Coquitlam RCMP in a statement released Monday. "At first blush this licence plate is terribly funny, but there are serious consequences. People with forged plates are often driving with no insurance, or their vehicles are not roadworthy, or both. That’s both unsafe and unfair to other road users who follow the rules and pay their premiums."

Police say the suspects have not been apprehended. The Nissa Altima was seized and is scheduled for disposal.