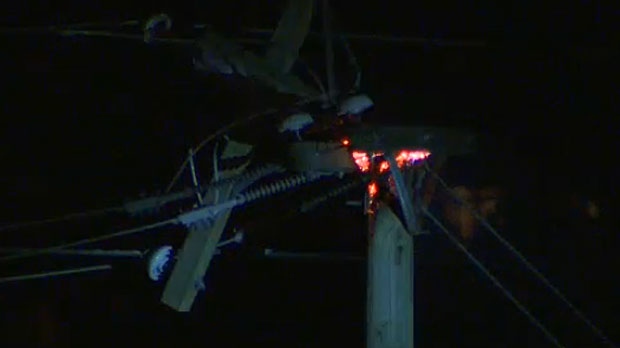 Fire crews are dealing with a number of power pole fires in Calgary and ENMAX is working to get power restored to the affected communities on Wednesday morning.

Fire crews and ENMAX are working hard across the City of Calgary after several power poles caught fire, shutting down power to a number of communities.

Over 3,000 customers have been affected by the outages.

They also say there were brief outages just before 6 a.m. in several northeast communities including Winston Heights and Greenview.

Fire crews say that all the affected power poles were extinguished quickly and are a result of a common spring phenomenon known as 'tracking'.

They’re caused by grime building up on the insulators of the poles through the winter, causing them to short-circuit and catch fire.

Power was mostly restored by 8 a.m.

The fire department is reminding residents that pole fires and downed power lines can be extremely dangerous and they should not approach them or attempt to put out the fires themselves.