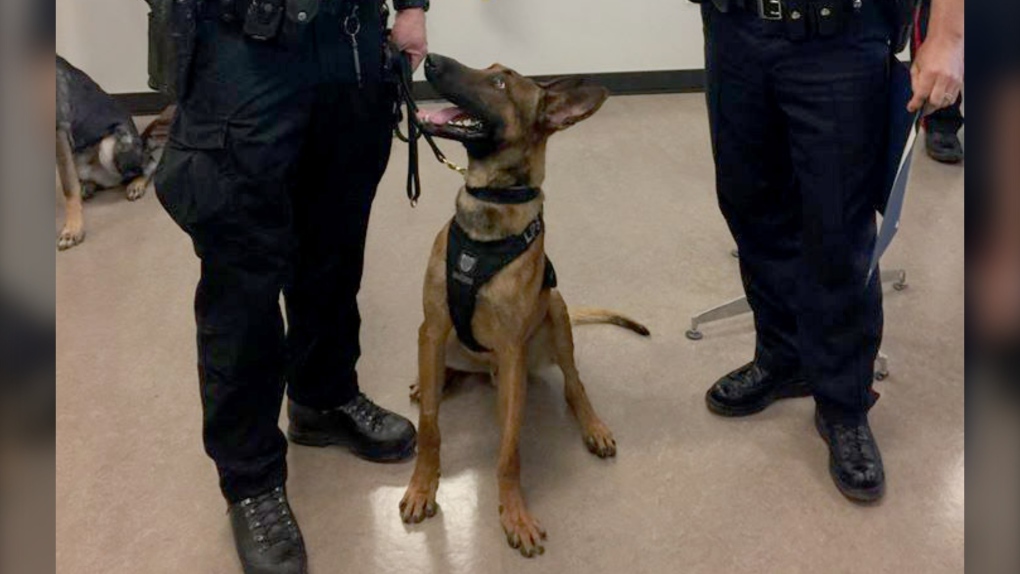 Lethbridge police were called Tuesday afternoon and told a man was breaching a no-contact order stemming from a charge of criminal harassment.

Police then found the man at a home in the 600 block of Fourth Street S. but when they contacted him, he refused to follow direction from officers, slamming the door on them and barricading himself inside the residence.

The Critical Incident Response Team was called out and the man remained in the home for several hours.

Then, just before 5 a.m. Wednesday, the man exited the home and tried to run away, however police service dog Myke was used to apprehend him.

A knife was seized during a subsequent search and the suspect was taken to hospital for dog bite injuries.

Kris Allyn Peterson, 41, is charged with breach of an undertaking and resisting a peace officer.

He remained in custody Wednesday afternoon awaiting a bail hearing.