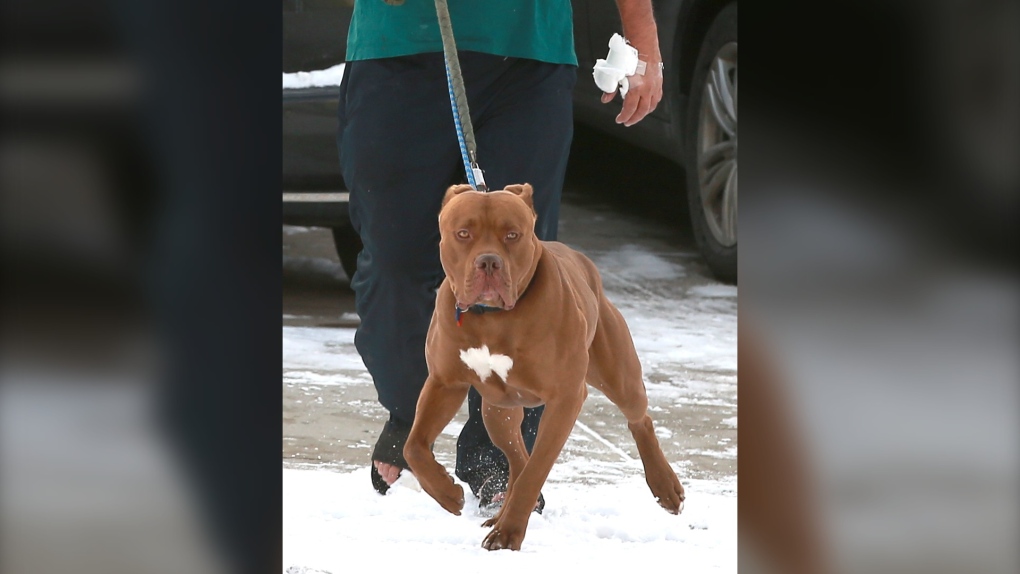 A mastiff-type dog was seized from a home in Panorama Hills on Thursday afternoon. (Photo: Postmedia)

CALGARY – Officials are conducting an investigation after an apparent dog attack in the northwest Calgary community of Panorama Hills.

Police, EMS and bylaw officers were called to a home in the 100 block of Panamount Heights N.W. at about 11:30 a.m. on Thursday.

According to EMS, three people were found to have suffered soft tissue injuries as a result of dog bites.

One victim, a woman in her 40s, was taken to Foothills Medical Centre in serious, but stable, condition.

Two others, a woman in her 40s and a man in his 60s, suffered just minor injuries but refused medical attention.

City officials confirm to CTV News a mastiff-type dog was seized from its owner at the scene.

"Investigation is ongoing as it just occurred this afternoon," said Kaila Lagran, bylaw service spokesperson with the City of Calgary in an email. "No further risk to the public as the dog has been seized and in our care at Animal Services. Owners have been cooperative."