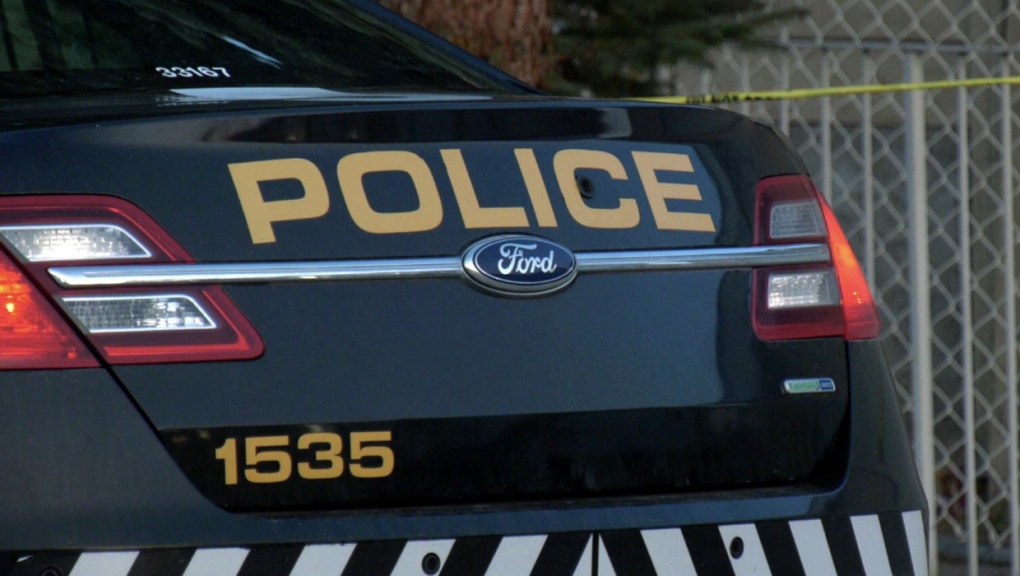 Police were contacted on April 30 about an offensive message written over a Black Lives Matter logo located at the intersection of Eighth Avenue and Second Street S.W.

The graffiti was written in permanent marker and targeted people of colour. Police aren't sure when it was written, but think it may have been up to a week prior to April 30, because it wasn't faded or weathered.

The incident is being investigated as a hate-motivated crime, because it's a crime to deface public property and the graffiti had racist overtones.

The second incident took place April 15, around 3 p.m. when an elderly Asian man was stopped at a red light on northbound Harvest Hills Boulevard, close to 96 Avenue N.E.

A second vehicle, believed to be a silver Ford Focus or Fusion, driven by a white man described as being around 25 years old, weighing around 68 kilograms (150 pounds), and wearing a white t-shirt with a pattern on it, pulled alongside the first vehicle and yelled at the man, telling him to go back to his country and flashing an obscene gesture.

The elderly man turned eastbound onto 96 Street, and was followed by the white man in the Ford, who pulled in front of his vehicle, forcing him to stop.

The white man got out of his car, and kicked the left rear door of the elderly man's vehicle, causing a dent. Then he got back in his car and drove away.

There was also a passenger in the suspect's vehicle.

Police are interested in speaking to anyone who may have witnessed the incident, or anyone who has dash-cam footage of it.

Anyone with information is asked to contact police at 403-266-1234. Anonymous tipsters can contact Calgary Crime Stoppers at 1-800-222-8477, online or via the P3 Tips app available at Apple or the Google Play Store.