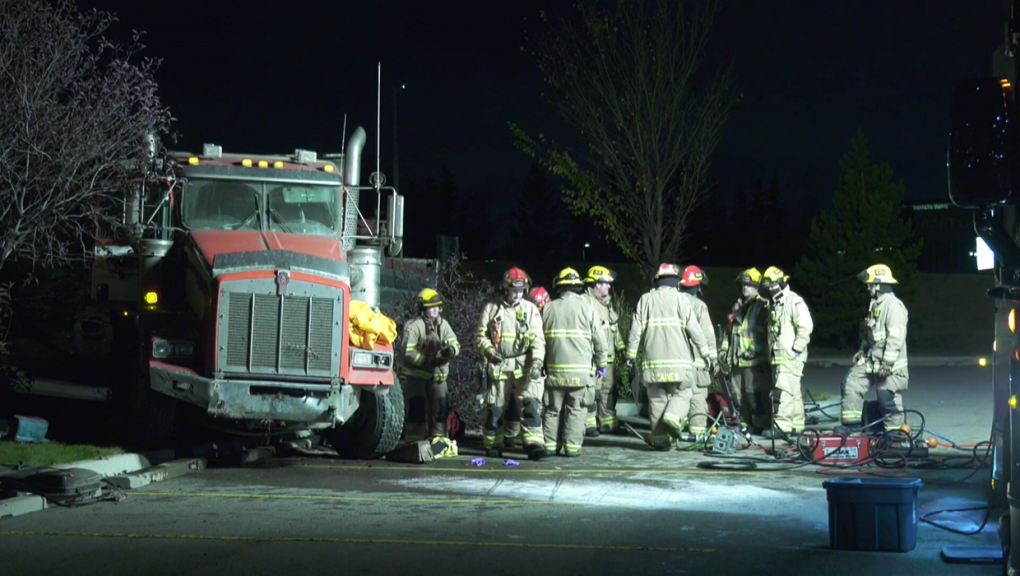 CALGARY -- Police are seeking information regarding a multi-vehicle collision where three people were injured Tuesday in a collision between a gravel truck and two SUVs in northeast Calgary.

The collision took place just before 6:30 p.m. when a gravel  truck traveling eastbound on McKnight Blvd. N.E. rear-ended a Honda Pilot traveling in the same direction, causing the Honda — driven by a 33-year-old man who was unhurt — to spin out onto the centre emergency shoulder before spinning back across the eastbound traffic lanes of McKnight.

After hitting the Honda, the gravel truck crossed into oncoming westbound traffic and hit a Toyota Highlander traveling in the opposite direction. The Toyota was knocked backward and off the road, where it stopped.

We are investigating a serious injury collision involving a gravel truck and trailer and two SUVs that occurred last night on McKnight Bv. N.E. near Barlow Tr. Anyone who may have witnessed the collision is asked to call 403-266-1234 or @CanStopCrime. #yychttps://t.co/f1wmBeyC4t

The two men in the Toyota, a 37-year-old passenger and a 39-year-old driver, suffered minor injuries, and were transported to hospital for treatment.

The driver of the dump truck, a 46-year-old male, suffered serious, life-threatening injuries. He was transported to Foothills hospital.  Police don't believe that excessive speed, alcohol or drugs were factors in the collision.