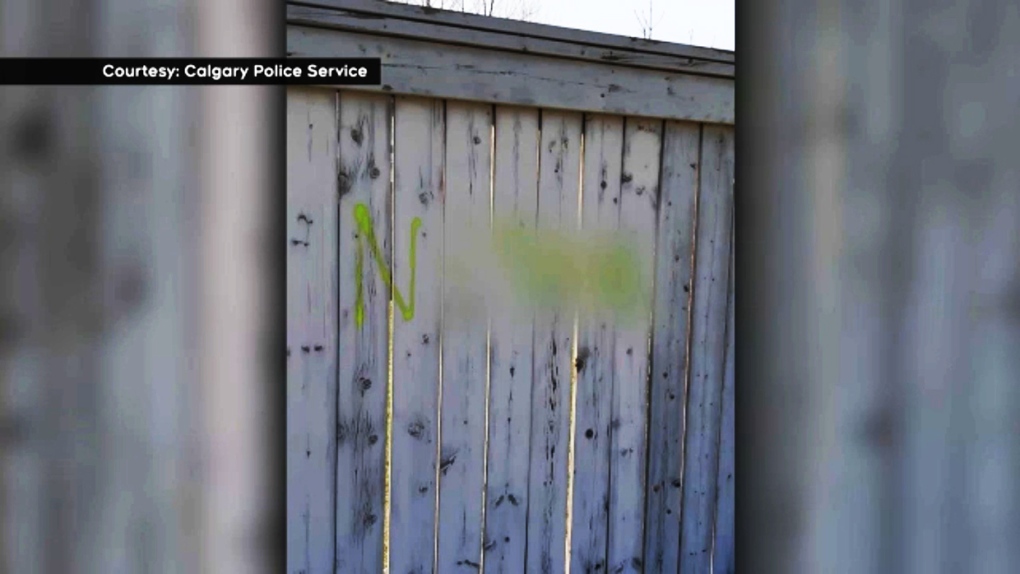 Police are investigating a vandalism incident in northeast Calgary as a possible hate-motivated crime at the end of April, 2021. There have been a growing number of hate-motivated incidents in Alberta recently, including Tuesday when a swastika was discovered spray painted on a mosque in Edmonton and a separate incident in downtown Calgary, where a Muslim woman in a burka was verbally attacked.

CALGARY -- Calgary police are investigating a vandalism incident in northeast Calgary where a hateful symbol and racially derogatory language were used as a possible hate crime.

Police were called to the 100 block of Anaheim Crescent N.E. on April 27, after receiving reports of property damage.

Upon arrival, they discovered a yellow swastika spray painted on a pathway between several houses. 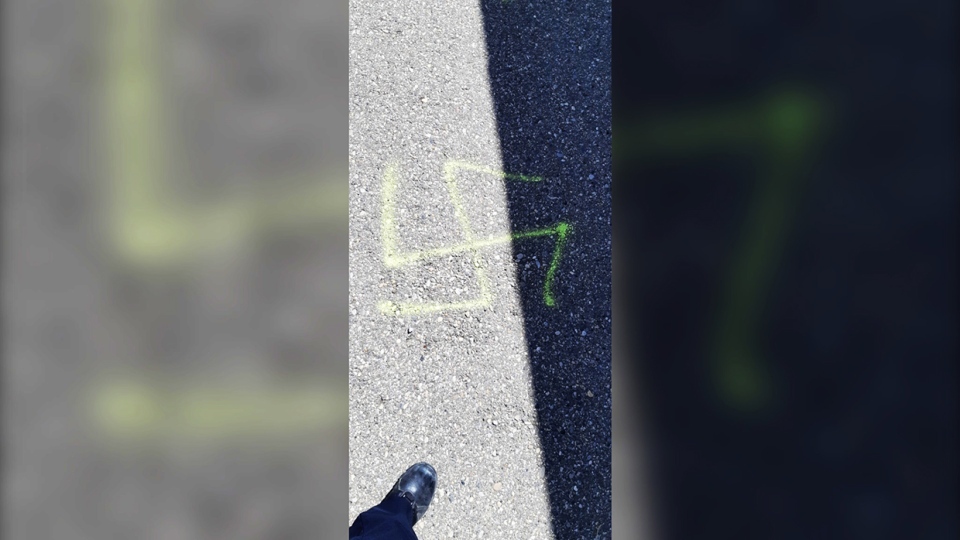 Further examination revealed a number of other swastikas spray-painted on fences, as well as the N-word.

Police spoke to the complainant, and determined that the vandalism could have happened as early as April 19.

It's unclear whether the vandalism happened at the same time, or over a number of days.

Police are investigating the incident as a possible hate-motivated crime.

Hate-motivated crimes are recognizable crimes, like assault, theft, vandalism or any other crime, where the offender was motivated by bias, prejudice or hate that is based on one of nine personal characteristics of the victim.

Anyone with information is asked to contact police at 403-266-1234. Anonymous tipsters can contact Crime Stoppers at 1-800-222-8477, online or via the P3 Tips app available at Apple or the Google Play Store.