CALGARY -- Over 10,000 people enrolled in Alberta’s international travel pilot program in its first month of operation, in an effort to get people travelling as safely as possible.

The province isn’t releasing specifics about how many people participating have tested positive for COVID-19 either on their first or second test, but Alberta’s Chief Medical Officer of Health, Dr. Deena Hinshaw says the positivity rate has been ‘quite low.’

The government said it will release more data once more people have completed the pilot.

The initiative is a joint partnership between Alberta and the federal government and is currently only offered for those entering Canada by air through the Calgary International Airport and by land at the Coutts, Alta. border crossing in southern Alberta.

Travellers - Canadian citizens, permanent residents or foreign nationals who are allowed to enter the country - are eligible to potentially forgo a mandatory 14 day quarantine if they have no COVID-19 symptoms, are swabbed upon entry into the country and quarantine until the results come back.

If those results are negative they can leave quarantine but must monitor symptoms daily by filling out a survey, follow health guidelines, stay within Alberta for two weeks and get a second swab within six to seven days of returning.

The program is voluntary and travellers can also opt to quarantine for two weeks instead of taking part. 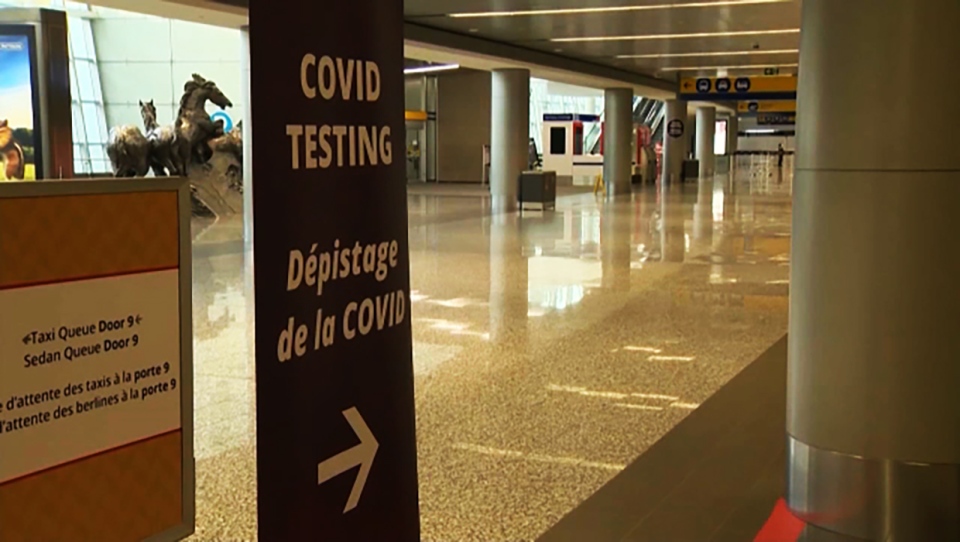 The option to potentially avoid a two week quarantine was one of the reasons why Vern Mathison says he decided to book a trip to see his daughter in the United States, who he hadn’t seen since the start of the pandemic.

"There’s no way I could afford to take two weeks off and be isolated," Mathison told CTV News.

The only slight hiccup he experienced was a slight delay at the airport because of a ‘technical issue.’

Mathison says he received both of his negative test results within the slated 48 hour time frame.

The passenger who sat next to him on the plane got the first result within 26 hours but is still waiting for the second result more than a week after being swabbed.

The pilot is being billed by Alberta premier Jason Kenney as an "an important step in Alberta’s recovery plan" that will allow those "who need to travel for work to have a safe path to a shorter quarantine". 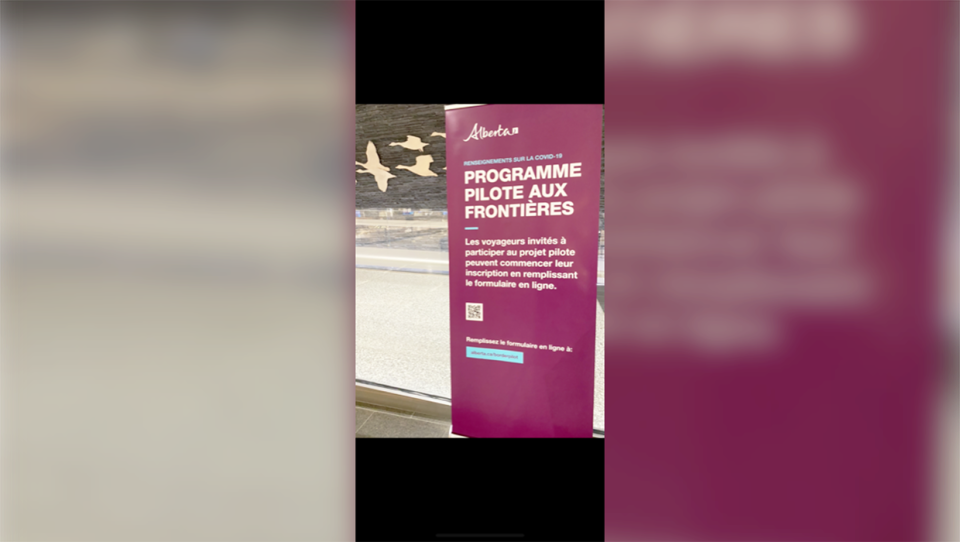 It’s not clear at this point if there’s been any impact on the number of passengers flying out of YYC to international destinations.

A spokesperson for Calgary based WestJet told CTV News bookings were ‘encouraging’ following the initial announcement and the company saw ‘ double-digit per cent increases,’ but cautioned it was still early and the airline is only flying around 25 per cent of the 2019 schedule.

The pilot program is slated to expand to the Edmonton International Airport in 2021.