Rats! Alberta sees spike of rat sightings in 2020, but it may look worse than it really is

CALGARY -- Alberta saw a spike of rat reports in 2020, double what is received in a typical year but it turns out it's not as bad as it sounds.

Out of 481 reported rat sightings in 2020, only 26 year were confirmed to actually be rats.

More often than not, the reported sightings have turned out to be other rodents – mostly  muskrats -  as opposed to Norway rats or roof rats. 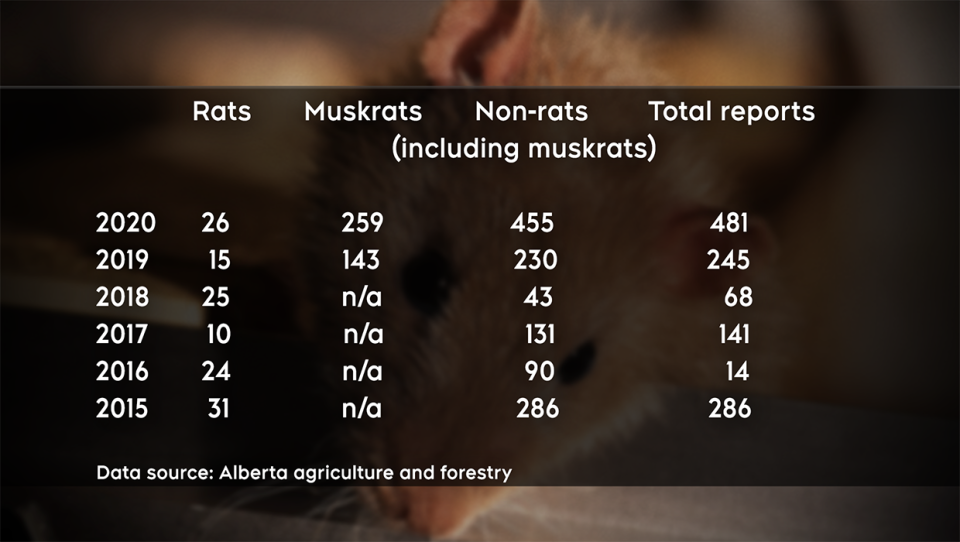 Karen Wickerson, specialist at Alberta’s Rat Control Program says that they usually receive a couple of reports daily with increases during the spring and fall,  as that’s when muskrats are most active.

Wickerson attributes the increased reporting partly to the hotline and email the rat control program set up in April  2020, allowing people to report the rodents and submit photos of their suspected rat sighting. 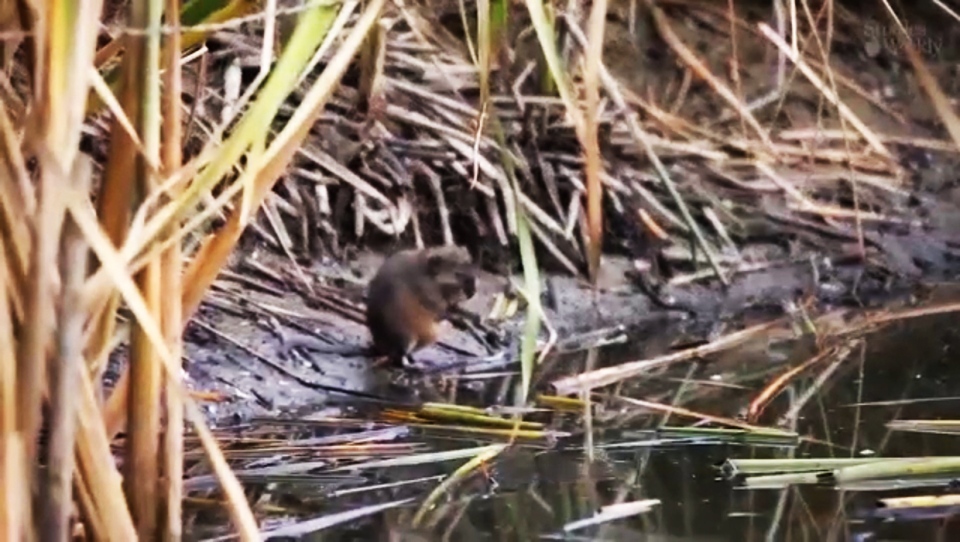 “Right away we saw an increase in the number of reports we've seen,” Wickerson said.

The Alberta Institute for Wildlife Conservation says it rarely gets calls about rats.

“Less than five of our calls have been about rat sightings recently so it’s not typically something we come across often,” said Holly Lillie, executive director of the Alberta Institute for Wildlife Conservation “Our approach with that is just getting as much information as possible from the members of the public and trying to decipher what they saw.” 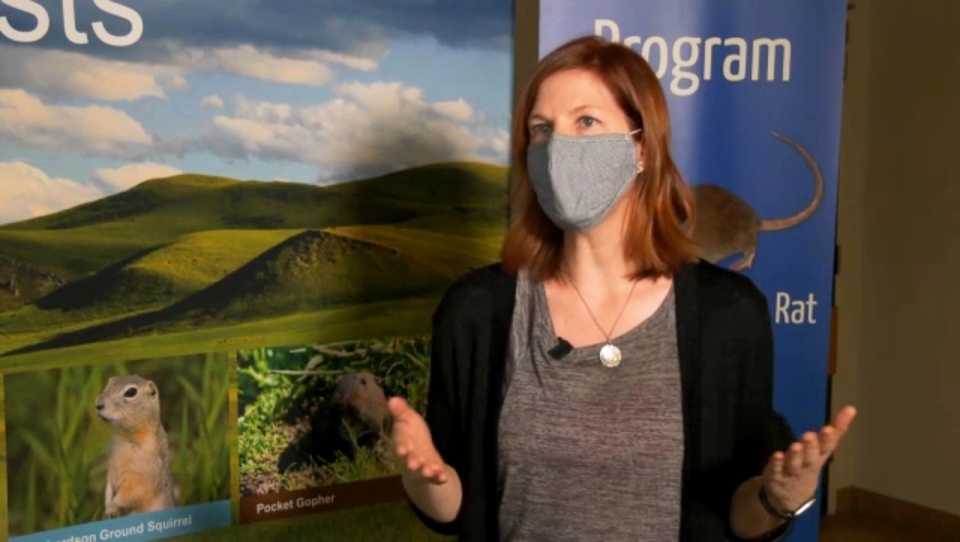 Lillie says COVID-19 pandemic may be a big reason more people are reporting encounters with rodents in the wild.

“I think because people are staying close to home and maybe not travelling as much or they are travelling and they’re exploring their own backyard,” Lillie said. “So if they’re working from home, they might see something that they normally wouldn’t because they would have been at work.”

Rats that do manage to make their way into Alberta usually come as hidden hitchhikers on vehicles, according to Wickerson. 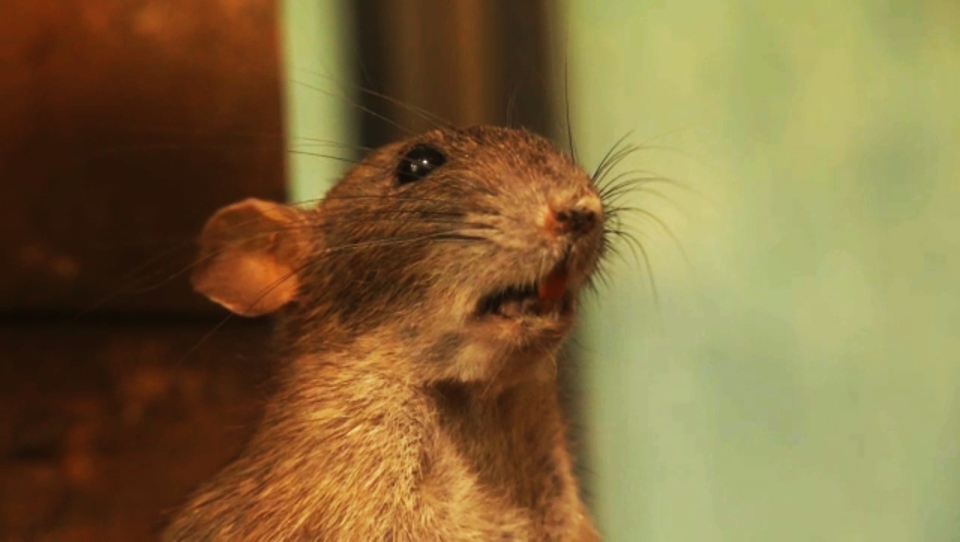 “The single rats that we find in Alberta have usually come from B.C. and they've hitched rides on vehicles or recreation vehicles to the province,” said Wickerson.

The ongoing effort to keep rats out of the province are very serious according to Wickerson as Alberta declares itself rat-free.

“If we receive a report of a rat we act on it right away at eradicating that infestation or investigating a single rat. They do cause a lot of damage,” Wickerson said.

The Rat Program started in Alberta over 70 years ago when the government of the day aimed to prevent  the damage rats could cause to the agriculture industry.

Wickerson says that prior to calling or reporting a sighting people  can visit their website and try to identify the species they’ve spotted.

“We do strongly encourage people to just snap a photo and please send it in,” said Wickerson. “We're more than happy to have a look at that and identify the species, and the great thing about that is that if it is a rat, we can act on it right away.”

Rats can reproduce quickly so if there are more than two an infestation is declared.