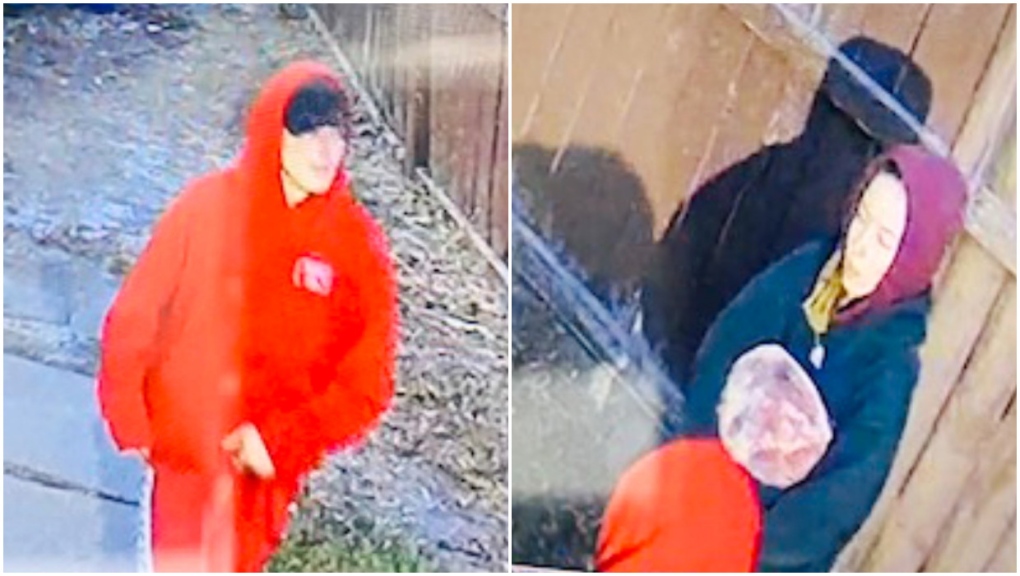 RCMP are askin for help to identify a man and a woman believed responsible for a theft earlier this month at an Airdrie pizza shop. (RCMP handout)

CALGARY -- Airdrie RCMP are hoping the public can help identify a man and a woman believed responsible for the early-morning theft of a large piece of meat and a food cart from a pizza restaurant earlier this month.

A man and a woman entered the yard of Bogey's Pizza at Eighth Street and First Avenue, in Airdrie, about 6:30 a.m. on Sept. 12 where they stole a large piece of meat, a large box and a food cart before hopping the fence and fleeing the scene, according to police.

The male described as:

The female is described as: