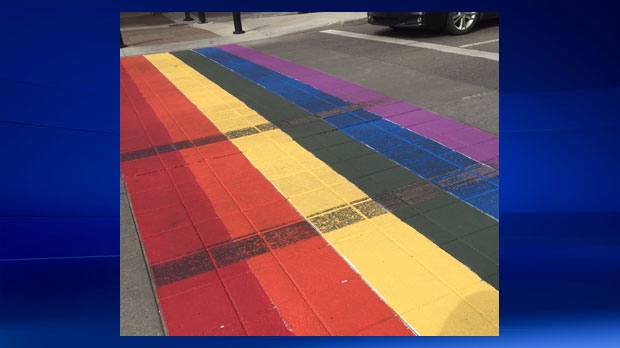 Volunteers in Red Deer are set to begin painting a rainbow crosswalk for the third time this year after previous attempts were defaced by motorists and experienced issues with paint lifting.

According to Joel Graham, event coordinator for the Central Alberta Pride Society, the original pride crosswalk at the intersection of Gaetz Avenue and Ross Street was vandalized within hours of completion.

“Multiple people were burning out in the same spot layering the rubber on top of the paint,” said Graham in a statement to CTV.

City of Red Deer crews returned to the road the following morning and repainted the rainbow. The crosswalk’s second incarnation proved temporary as the paint began to lift from the road.