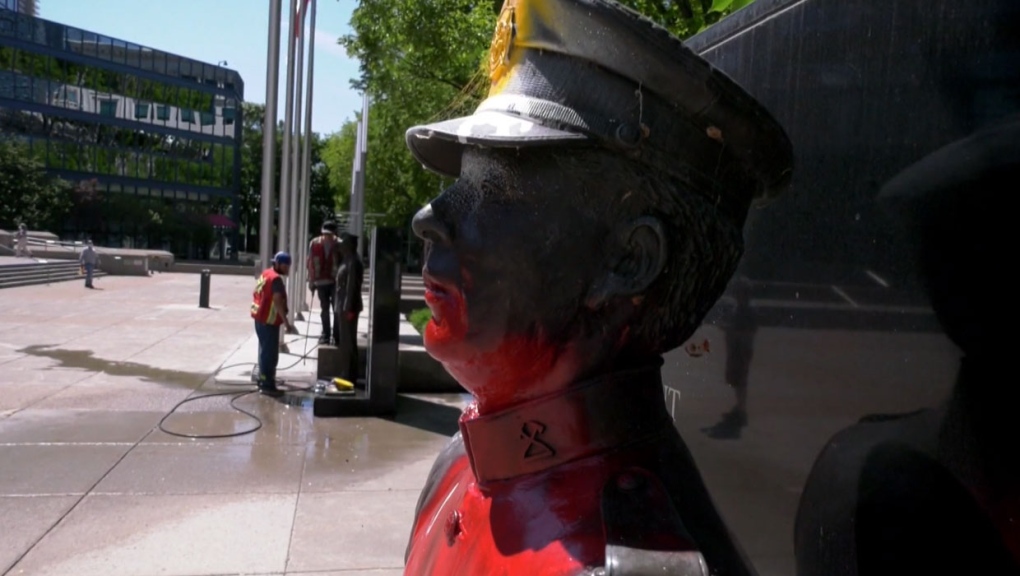 Paint was splashed on a pair of statues set up at the police and firefighter memorials in downtown Calgary sometime overnight.

CALGARY -- City crews were sent out Friday to clean off a pair of statues at the city's police and firefighter memorials after someone splattered red paint on them.

There are no details on when the incident took place, but it likely happened sometime overnight.

Calgary police Supt. Ryan Jepson called the act "disgusting" and no different than anyone vandalizing a gravesite. He added such acts will not affect how officers conduct themselves.

"It's unfortunate. The good news is the members of the Calgary Police Service will continue to show up, we'll continue to come when you call us and we'll do the best job we can," he said. 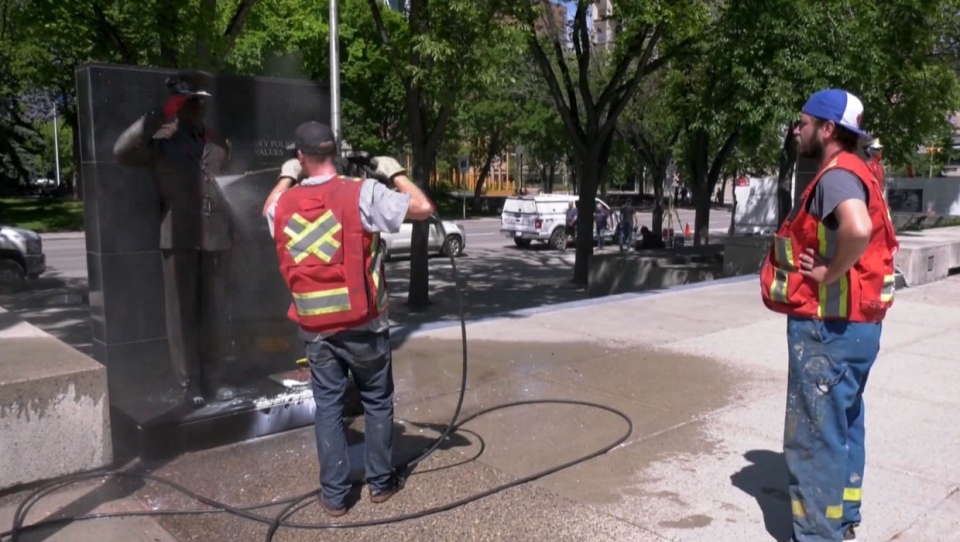 City officials are also concerned about the damage to public property.

"It's unfortunate that any statue or any part of our city is defaced," said Ward 5 Coun. George Chahal on Friday. "We just need to be respectful of what we have as a city. We have a beautiful city – we have a lot of monuments and statues." 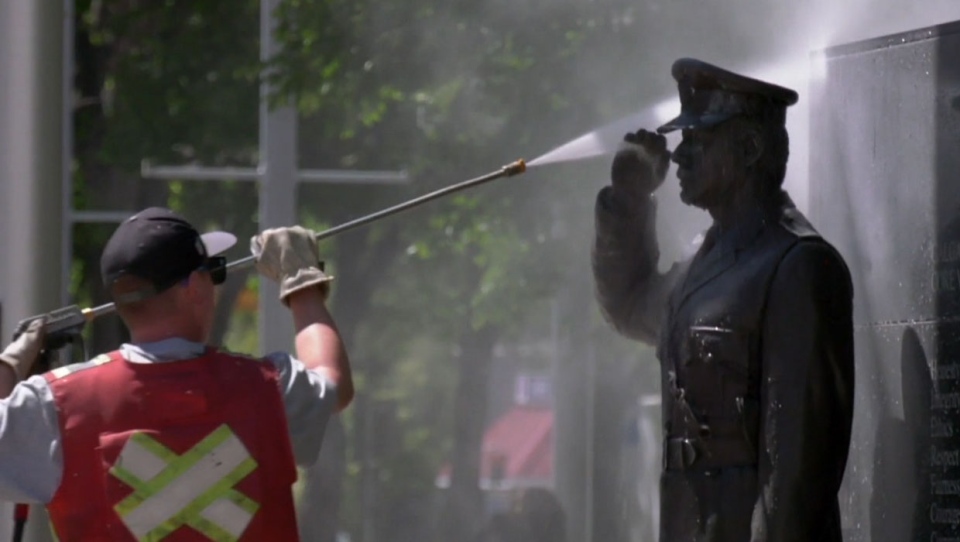 He added that if there are concerns from the public, he'd rather have conversations rather than resorting to destructive acts.

"We should not be vandalizing or damaging anyone's property," he said. "That's just something we need to know as Calgarians – that's unacceptable."

There are no details from police about any leads on who is responsible for the incident.