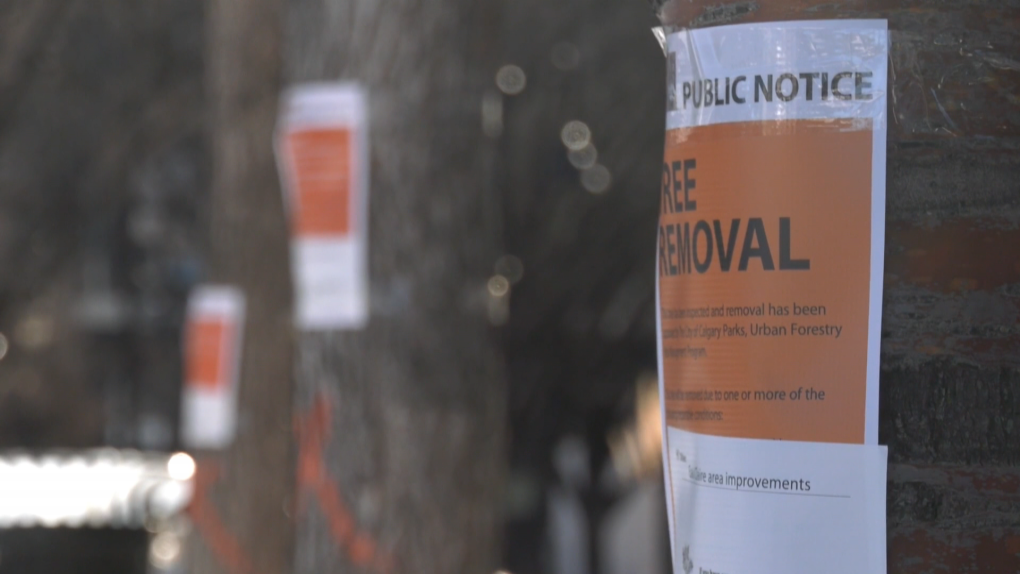 Trees marked for removal in the Eau Claire area ahead of the start of several construction projects.

CALGARY -- The sound of wood chippers is resonating near Prince's Island Park and along the Bow River as the city is removing dozens of trees ahead of the start of several construction projects.

According to city officials, 160 trees are being removed on the south side of the river, between the Jaipur Bridge to the west and Reconciliation Bridge to the east.

The trees are being cut down to accommodate the replacement of the pedestrian bridge connecting Eau Claire with Prince's Island Park as well as the installation of the downtown flood barrier and redesign of Eau Claire Plaza.

Some of the trees have been determined to be sick or dying while others will be repurposed after their removal as fish and wildlife habitat for the Inglewood Bird Sanctuary or as woody organic matter for planting beds on Prince's Island.

The tree removal effort is scheduled to run through the summer.

The city plans to plant another 114 trees to improve canopy coverage as well as shrubs and flowers that are expected to thrive in Calgary's climate.