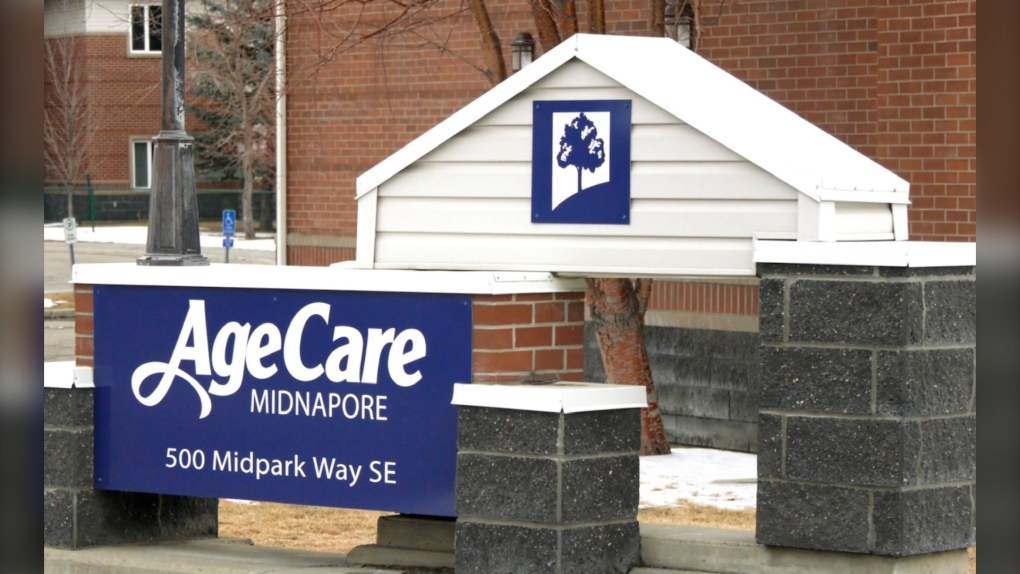 Residents at AgeCare Midnapore are being tested after a suspected respiratory illness outbreak at the seniors care home in southeast Calgary.

CALGARY -- Residents at another southeast Calgary seniors home are being tested for COVID-19 following a reported outbreak of respiratory illness.

In a letter addressed to residents, family and friends, AgeCare Midnapore officials say they are waiting on test results, which should arrive "in the next few days."

"There are many respiratory viruses currently in circulation, but we are taking all precautions to ensure the safety and security of all our residents," read the letter.

It adds staff is following the outbreak protocol, which includes enhanced cleaning and disinfecting.

The facility in the 500 block of Midpark Way S.E., is also limiting who can visit and is curtailing activities to limit potential spread.

"Alberta health is identifying essential visitors as those providing care and companionship services necessary for the well-being of the resident, and visitors attending to a resident who is dying," reads the letter.

"All group recreation activities have been discontinued and alternative approaches for engaging and socializing residents are being used."

Health officials said last week COVID-19 outbreaks had been identified in at least nine facilities across the province, most of those in Calgary, inlcuding another AgeCare centre in Seton.

The nine seniors homes include:

Officials also reported Monday an 11th person had died of complications at the McKenzie Towne Continuing Care Centre, also in southeast Calgary, which has been the hardest hit.

Alberta chief medical officer of health, Dr. Deena Hinshaw, said on Monday testing protocols are being changed to include all Albertans over age 65 who are experiencing symptoms.

As of Monday, there were 1,348 recorded cases of the virus in Alberta and nearly 300 of those are considered recovered. There have been 24 deaths attributed to complications of COVID-19.

The province has declared a state of public health emergency and most towns and cities in Alberta have declared states of local emergency.